(moved from message board)

Velobici: How is sending three returning one different from capture three recapture one ? Should we have both pages, or should they be combined into one ? 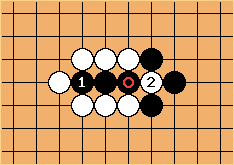 Bill: This would be called sending three, returning one -- if it made any sense! ;)