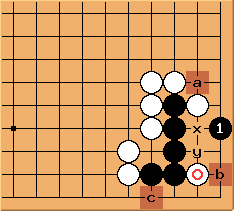 At any time, White can make the exchange of x/y or y/x , but the rest of the solution stays the same.

We will take a look at White's responses a, b , and c. 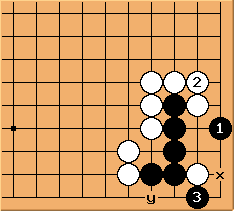 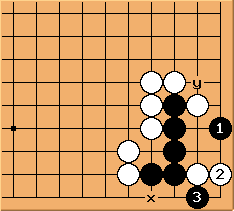 at y would probably be better, but this diagram also explains the variation when Black plays 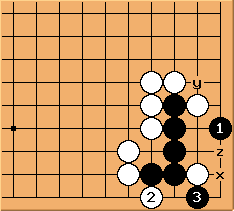 Herman Hiddema: What if white plays

at z, making x ko and defending the cutting point y at the same time? 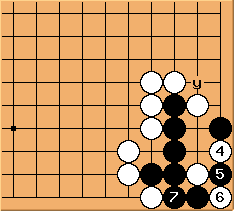 char: Maybe this..? Although I don't really like it because it depends on escaping. 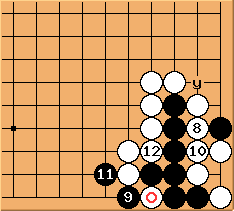 Herman Hiddema: Black can't even escape I think. Difficult problem :-)
char: I will take a look at it again tomorrow after I get some sleep. In the mean time, if you are sure that this doesn't work, feel free to change the solution. 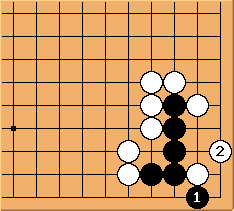 char: Does that meant this

Herman Hiddema: I think so. I've thought long and hard about it, but I haven't found a good reply to this

in the other variant) 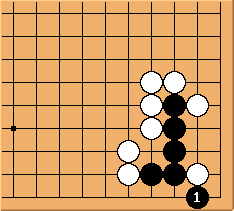 Black can switch the order of play by starting with 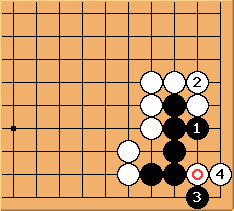 Compare with Resistance 'a', 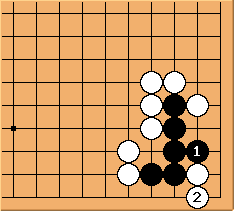 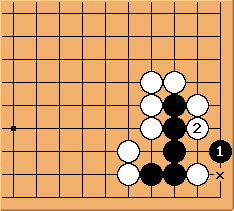 is the same for 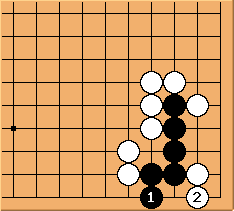 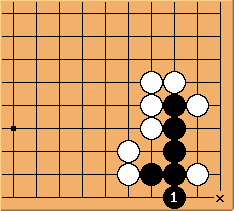 or x is a good way to kill one's own group in gote.