The problem was taken from a KGS game between a 7d and a 6d. The problem position was reached at move 167. The marked black stone was played as move 155.

I wonder if this is not one of a difference between pros and amateurs. 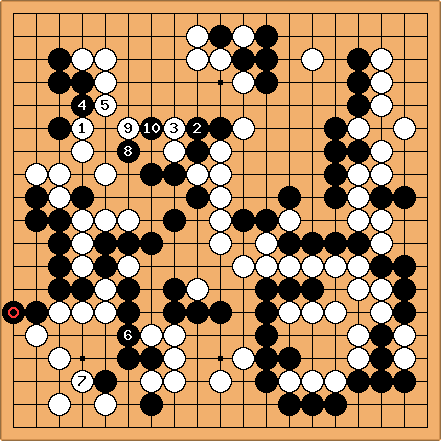 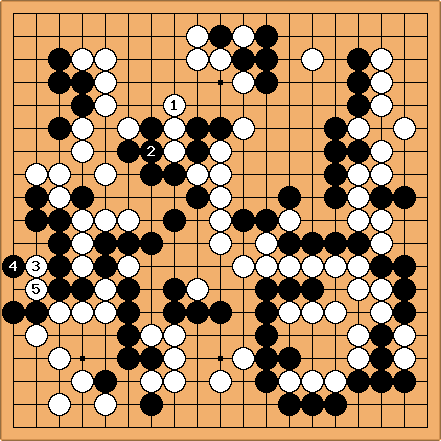 When move 141 was played, one person commented that

was bad shape, preferring to have seen the move played at 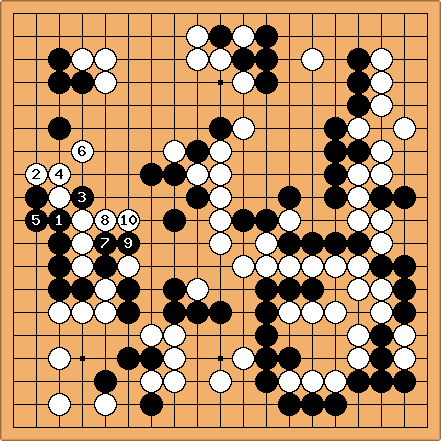