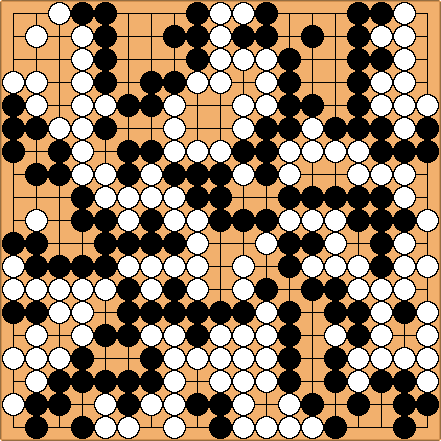 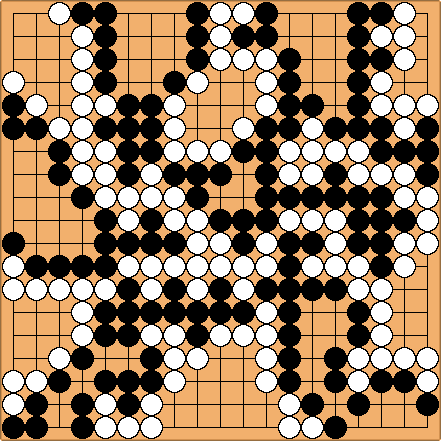 This in mind, Bill took Black's side. See his

Robert Pauli: How about putting your analysis here, Bill? But

Bill: Very nice. It has been a long time, but I think I looked at that. If so, I missed the fact that Black need not play the atari, which gives White two threats for one.

A reanalysis might show that Black can win by more.

Bill: Big booboo. White should interpolate 32-33 first, though. I haven't taken the time to really check, but I think that occurred in the write-up, and that the result is the same.

Bill Fraser pointed that out to me around 3 years ago. I would have posted a correction, but the MSO site was dormant by that time.

axd: in the initial end position, there are 4 more W stones than B; assuming W has 4 more prisoners than B, and komi=4.5 gives Kor:W+0.5 Chin:B+0.5, Jap:B+1.5. It would be interesting to present a game where the score shows a substantial difference as compared to Chin/Jap. scoring.

psygo?: Where can I find the whole sgf file for this sunjang game (and maybe others)?