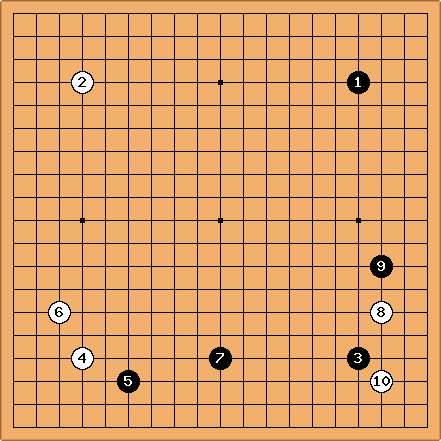 , as expected, preferring the 3-3 invasion into White's other corner.

White's approach, usually almost equivalent with a 3-3 invasion in AI reviews, this time gets low marks: 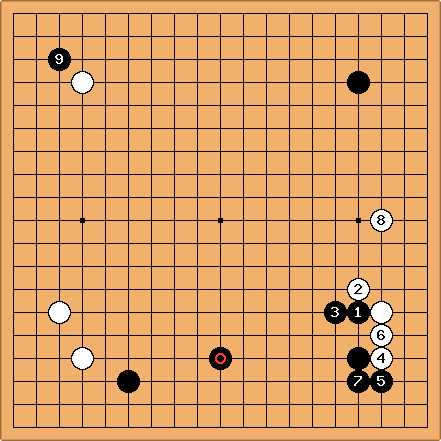 in the previous diagram leads to a W+2.5 game, so it's a "2 point mistake" - quite a big difference in opening reviews with KataGo. 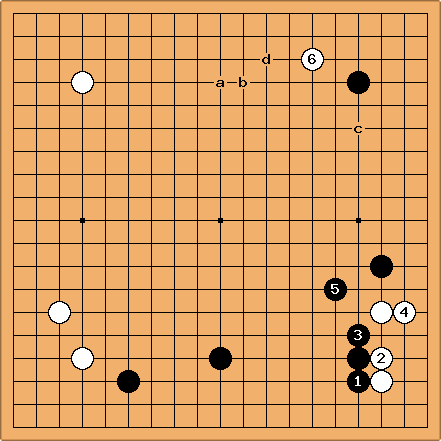 For Black to block on the wider side with

is natural, but KataGo prefers the other side! (see next diagram - "split")

are fine next but

is a traditional move which may disappear on the grounds of bad AI evaluation. (see subsequent diagram - "drop")

marks the end of this path: a, b and c are common plays next, d less common. 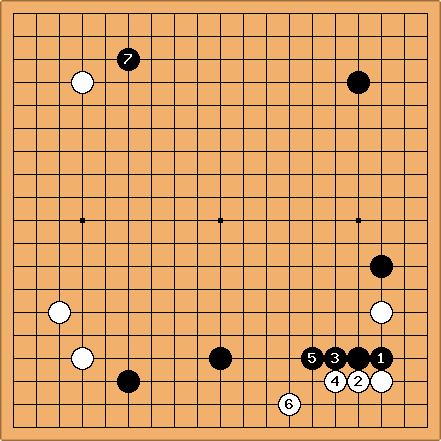 As said, we traditionally block on the wider side for building a framework, but AI don't seem to share our lust for large potential territories, probably looking more at making stable groups. Anyway,

takes sente. Taking sente is one advantage over the block on the wide side in the previous diagram. 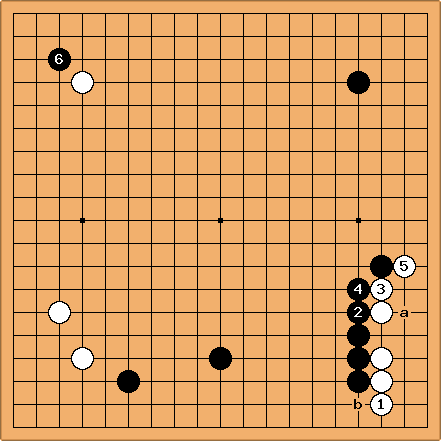 Instead of the stylish a which aims at a lifeline on the side, KataGo (and all AI) prefer White to drop at

here. The reason is fairly well understood: if Black protects at b, he loses sente. If he doesn't, as recommended, there's a hole in the moyo.

Finally, White's approach of the upper right is also not KataGo's preferred move: 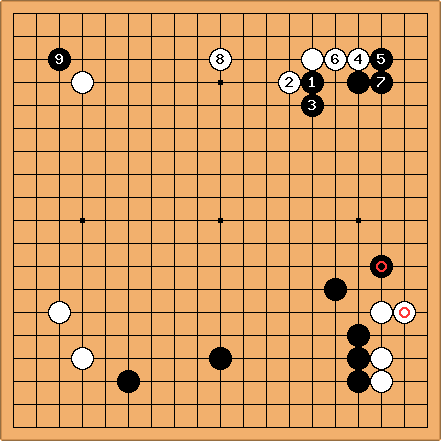 is an idea seen in an variation above. It works well with

, which was a doubtful move, and brings the game back to a 1.3 score. The two losses from the two suboptimal moves on the side (

) seem to cancel out each other.