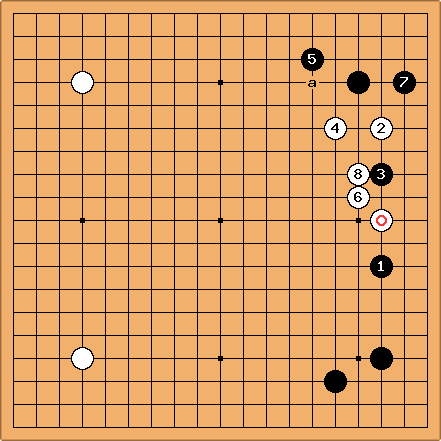 In the orthodox fuseki when

approaches from the enclosure side,

can come as close as

is played for gaining momentum by sacrifice.

at a there are 4 such games in Waltheri, all from the 90s.

high at a) the game is going well for Black, having caught up a point or so with respect to the start.

However, the last two moves are a mistake according to KataGo. 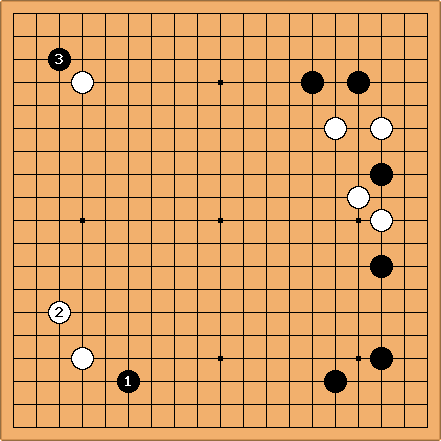 Having already played in the upper right, KataGo prefers Black playing in the undeveloped corners, rather than the standard move. 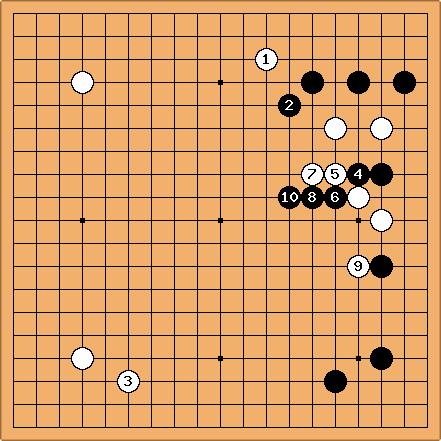 is recommended here. Black can ignore, says KataGo, but the natural move of

White shouldn't worry about the push and cut of