An English language Go term, probably invented some time in the 2010s, outside of the publication industry, in online communities etc.

A one-sidedly beneficial atari of absolute sente, most often a hane, on a single stone that forces the opponent to connect--usually into a 'full triangle' shape.

You usually get a well-positioned hane out of it, while they get a connecting move that doesn't help them very much, or is at least a bit less helpful than your move.

Their connection may for example have only redundant influence, connecting into other stones of theirs, while your hane atari plays on a spot that would have been a good one for them, such as a nobi into the center (which in this case prevents such a nice, sente atari).

It is a type of kikashi (good exchange).

Dieter: traditionally a move is atari or hane but not both. So it's an atari? Can you give an example? 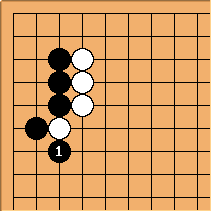 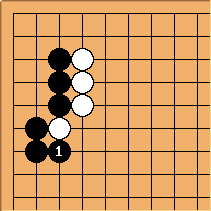