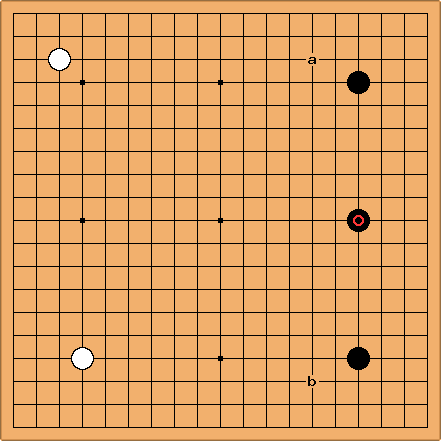 This is one of the nirensei openings in which

to make sanrensei is still in favour. Is it a or b next for White? 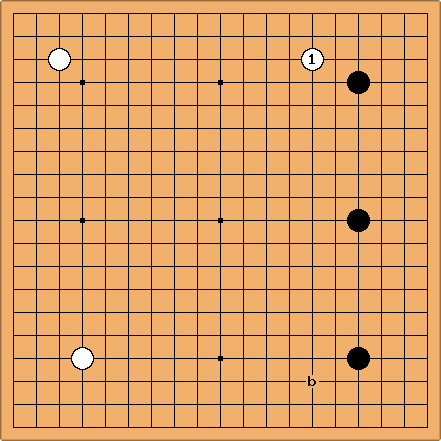 as an approach from the sansan corner is appreciably more common than at b, in pro games (perhaps 75%-25%). One reason why this may be can be seen at attach-crosscut in discussion of the follow-up on the top edge after the one-point pincer. 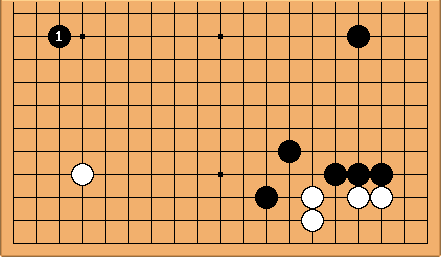 If we hypothesise the same joseki in the lower right, White has sente but no specially good way to employ it to develop on the lower side. Eventually Black is likely to play

, and White's 4-4 point may end up guarding corner territory only. 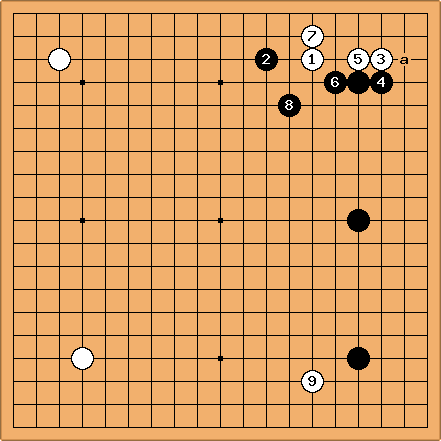 can be at a, a territorial way to play, taking gote. Otherwise up to

is expected, though Black can then play a second pincer and White is under some pressure from Black's ippoji strategy.