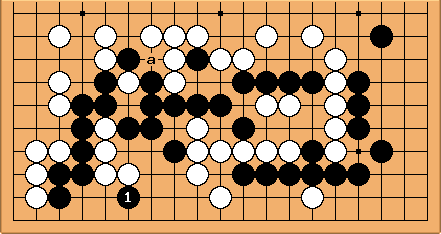 Herman: Black has an obvious gote eye at a, and since there is no way to connect, black will have to find a way to make an eye in sente, the most obvious area being the lower left corner. I think the tesuji of

will do the trick 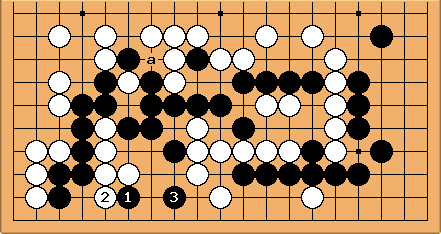 If White attempts to prevent black from making an eye with

will cut off white's stones. 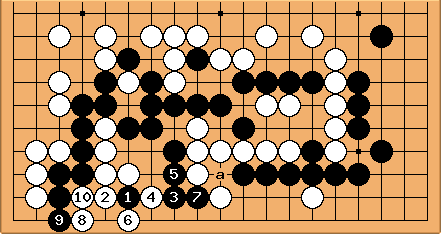 Although white can live with

, black can then cut at a, connecting his group and saving it that way.

unkx80: Isn't it better to play

, killing all the white stones?

Herman: You're absolutely right! I thought it led to ko, but it doesn't :) 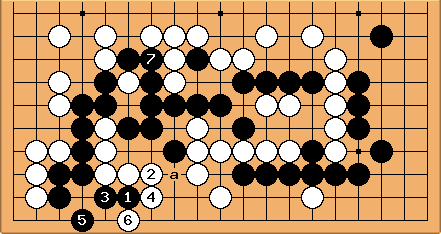 If white connects with

as in this diagram, then with

, black makes an eye, and

become miai for the second eye.

This is better for white than the previous diagrams.

unkx80: I expect that the best white move to be

can be played at a.

Herman: Yes, that is better indeed 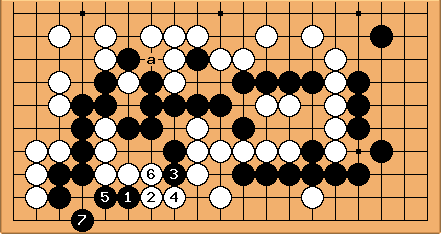 better directly played at a? 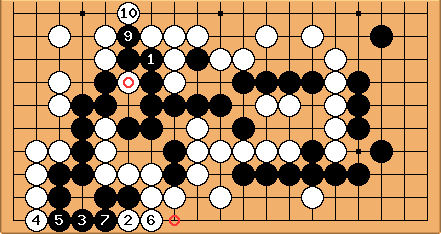 , then White can force up to

will normally be sente. Black gets 3 points locally and White gets 1 point at 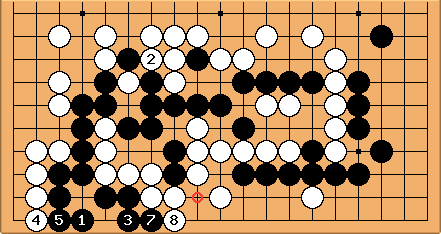 White can force up to

is sente. The net local score is the same, since Black gets 2 points while White does not get 1 point at

. However, Black no longer has the sente in the center. As against that,

may not become territory.

BTW, the quick way to see that

in the first diagram is at least as good

at 2 and transposing to the first diagram. :)