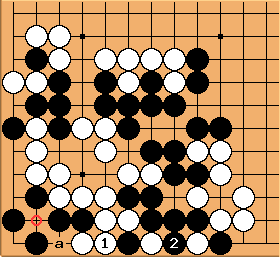 hhw: If White first, she can play at

and get a ko at 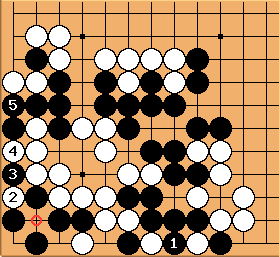 hhw: If Black first and he protects against the previous path with

, White can still get the ko at 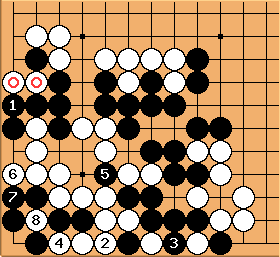 here, justifying it with the addidional advantage of being 'bigger' ( as

are in atari it would even be 'sente').

However, White remains vigilant and throws in @W7=

which results in a transposition to the wrong attempt with (only) i) ko (s.b.) or a nakade too big ii): 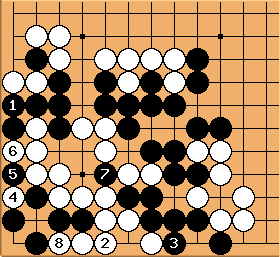 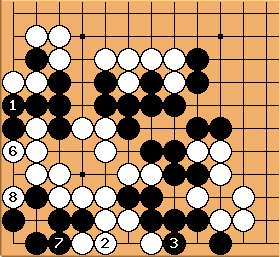 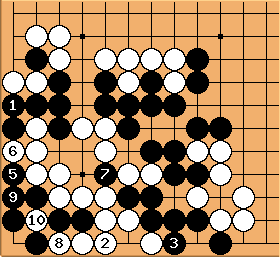 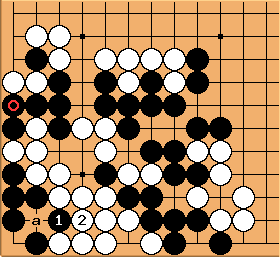 if Black was connecting at A: 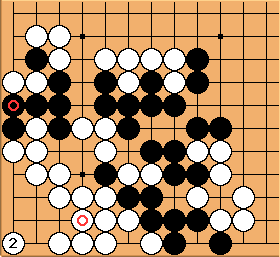 ... this would create a living shape ! 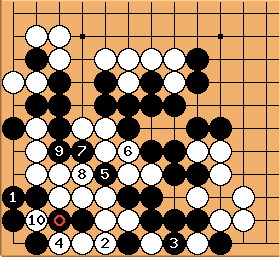 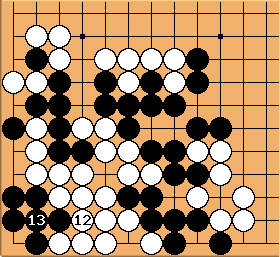 , the best white can get is a rabbity six eyeshape in the corner. And since black ahs an eye in the corner, it can never be seki. White is dead.

hhw: Ah, missed the dead shape. That's what I get for attempting so early in the morning. :) 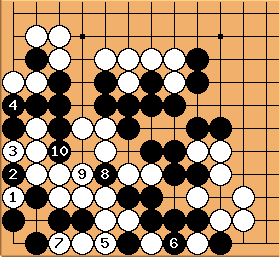 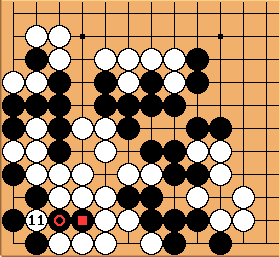 unkx80: The people who posted the correct solution are Tommie on godiscussions.com and Herman on Sensei's Library. Unfortunately, Sakata's optimization does not work. Nice work, everybody! =)

As it turns out, the two people who posted the correct solution are also long-timers who are familiar with my style of problems. Admittedly, I have used this theme in a few of my other compositions, except that in this problem I have obscured it with quite a couple of distractions.