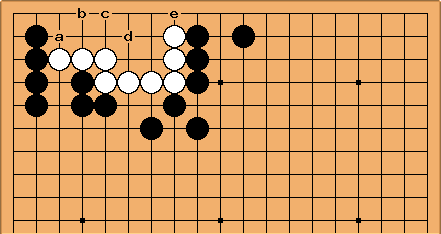 Herman Hiddema: Note that this does not mean that other moves are impossible, just that these moves are the ones that seem most logical to me personally. 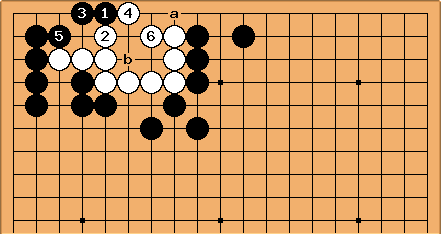 is sente, threatening to capture

makes miai of a and b; each creates two eyes. 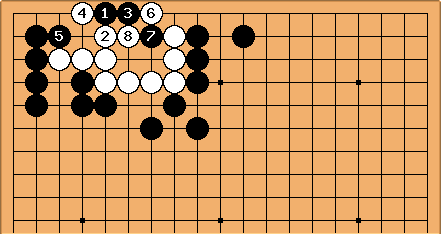 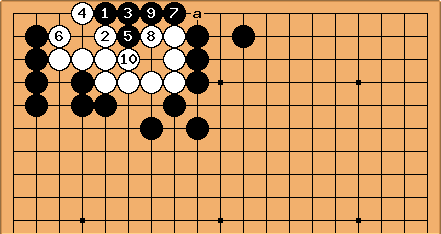 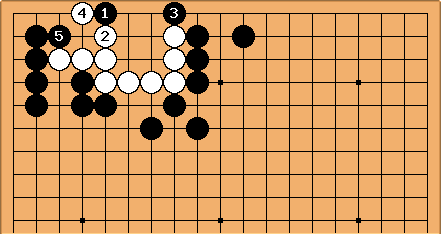 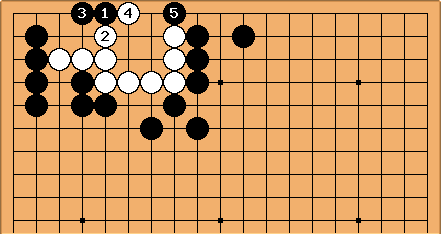 or actually simply this way. 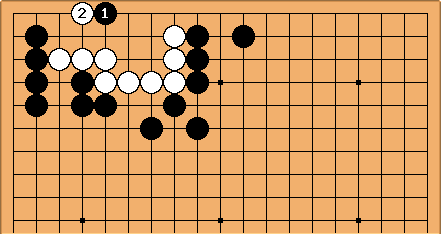 Herman Hiddema: Dieter is correct, the right response to

(in this case). For other cases, see Monkey Jump. 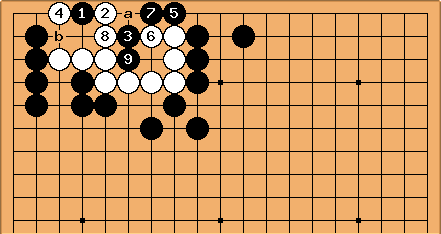 Dieter: this was my second attempt. I liked it. I still have to explore refutations. 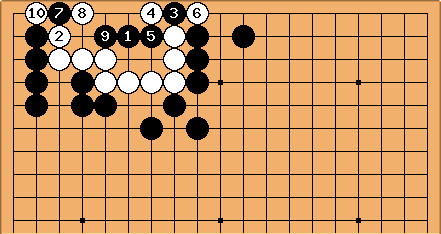 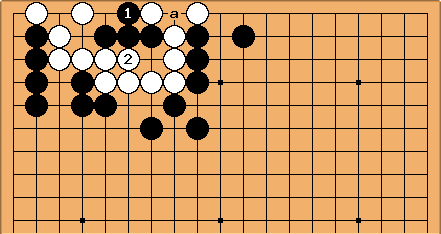 at a makes seki, the eye is too big. Dieter: quite so. 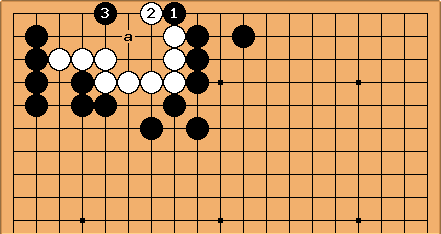 unkx80: Seems like the correct order is to first hane at

, before the monkey jump. If

at a, then the same 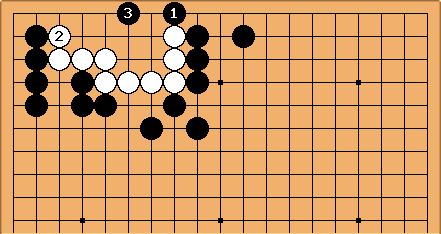 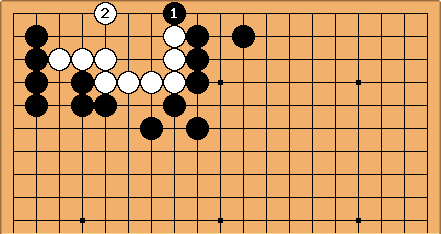 Herman Hiddema: White remembers that his opponent's good move is his good move, and puts

in the first diagram... 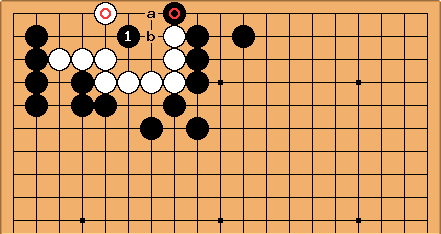 springs to mind, with A or B as possible options, ... 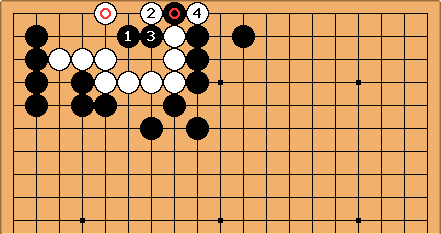 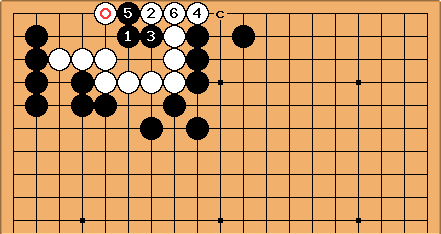 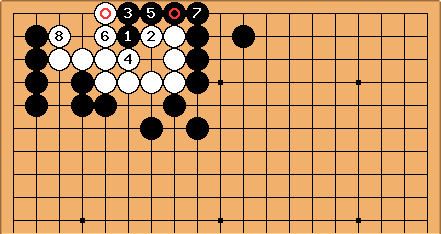 tderz: ... but this is not good enough - I have seen the solution now!