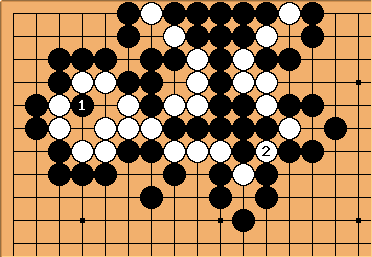 is the only move to start with. Allowing white to play here would allow some of his stones to live. With 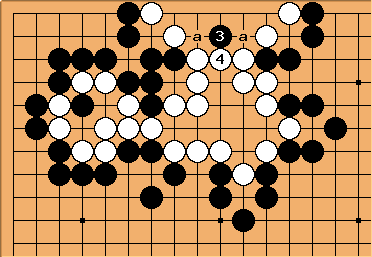 removes any eyes along the edge, by making the a marked points miai.

is a threat to capture

, and also to make eyes is the center 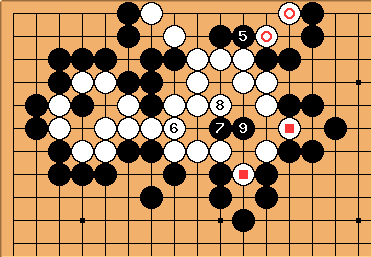 marked stones are captured, and there are no eyes along the edge. afer

, white is dead, as black captures at least one of the

does not work either, as white will then have only one eye.

unkx80: This killing sequence is exactly what I have in mind. =) 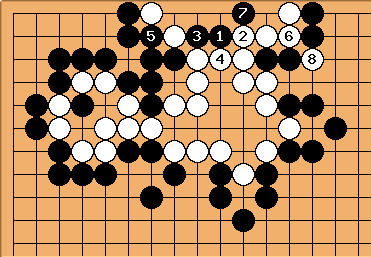 unkx80: Good catch, thanks. I fixed it by adding a Black stone at