Positions and Games on 2x2 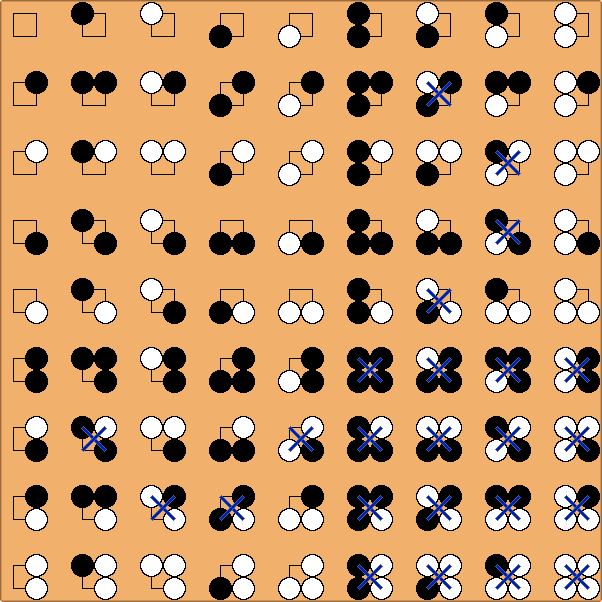 An enumeration of all possible positions on 2x2. Illegal positions crossed out

This gives an overal percentage of 70% for valid positions, on bigger boards this percentage is much lower.

Note: The first row or column gives all the positions for the 1x2 board.