and some other real interesting moves.

(Examles will be given later on)

(Note: I only used the KGS nicks because I don't know if the other ones want their real names to be known.) 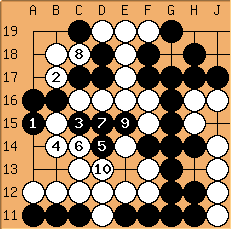 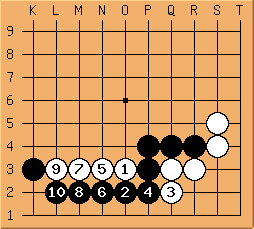 Third Example (Snapback)
How to create a snapback the petsuji way... 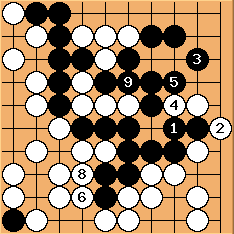 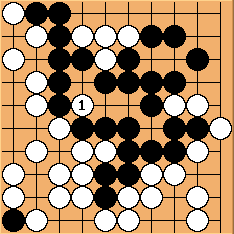 crux: Is there any purpose to this page other than making fun of someone? It's not all that surprising for 8k players to make rubbish moves, why does this guy get singled out in this way?

Stefan: I agree. Freedom of speech, and all that, but I appreciate contributions towards good play (regardless of the contributor's strenght) a lot better than an encyclopedia of bad play. If there is a market for this kind of page, I could easily fill 1,000s of pages with my own personal blunderboek.

I8thAngel: I made this page because the moves showed here occur very often in the blitz-games played by Petrus. So he gained a kind of popularity by quite a few players. And it is not normal for an 8k player to make such moves in every game he plays... at least I've never seen anybody again who played in the way Petrus does... I didn't really want to offend anybody with this page...