This is the final step of Playing a game backwards. 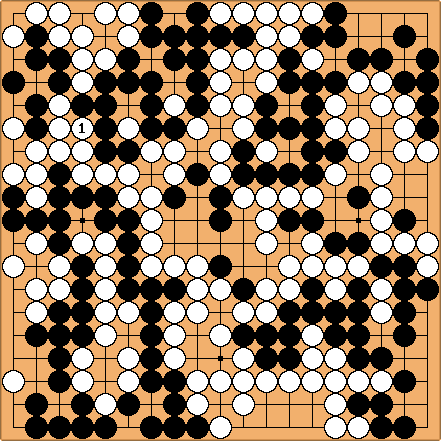 In this position White (it's her turn now) fills the only neutral point.

So, the next step is to remove the dead stones, which produces the following: 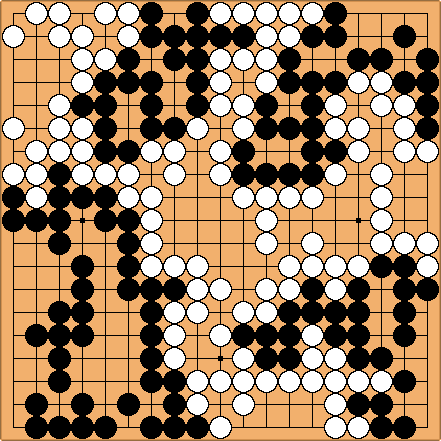 Next step during counting is to put the prisoners on the board filling the territory of your opponent.

At this moment White has 34 stones in the lid of her bowl (this includes 5 komi stones given to her by Black before the game). Black's lid contains 32 stones.

Let's see what is the result of the operation. 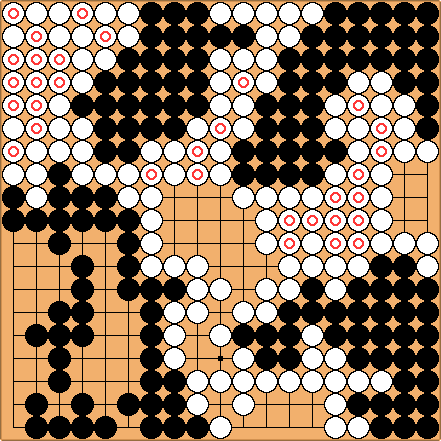 The next operation is to move the stones in the territories to form nice rectangles. On a real board it is easy.

It does not matter if the boundary is not of the proper color as long as you remember whose territory this is. 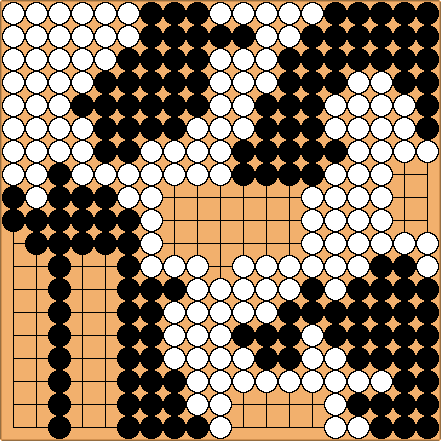 Since komi is 5.5 points and not 5 points this means that White won by half a point.

This method to count the score is used in Ukraine.

In Singapore it is done differently. The procedure is the following.

They say the result is almost always the same. Sometimes it differs by a point. This issue is discussed hotly. Refer to the counting pages if you want to know why. The rules in different countries vary a little and all you want to know is what rule set is applied. Most of us don't care too much.

The next page, PGB Why There Is No Useful Move Left, takes you one step backward to the point when both opponents passed. This is very important moment of the game. The game should be finished before scoring.