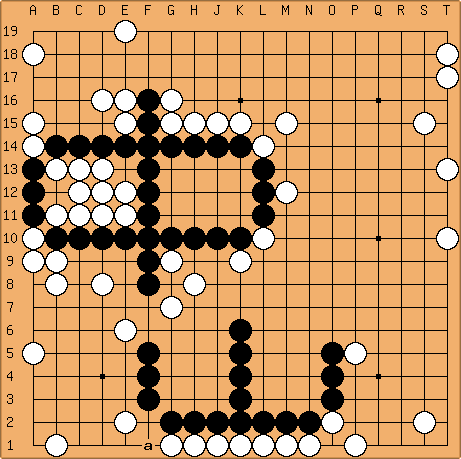 This ladder problem, number 17 in the second edition of The Treasure Chest Enigma, was composed by Nakayama Noriyuki. The black stones spell out his name Nakayama in Kanji: 中山

The question is whether black can capture the seven white stones at the bottom in a ladder by playing a.

As this is a ladder problem, the solution contains relatively few branches. But since it is meant to be done all in your head, the problem is still quite hard. Nakayama showed a problem like this one to Takemiya once who looked at it for a few seconds(!) only and solved it.