In discussing possible white plays at move number 60, I pondered about the exchange White at 2, Black at 1 (to remove some aji of the marked black stone). DJ proposed this sequence instead (he is quite right that White 2 - Black 1 is bad shape, and one does absolutely not like to play that way): 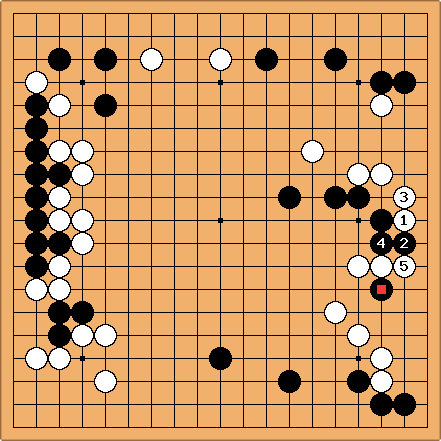 However, I would guess that Black probably would play like this: 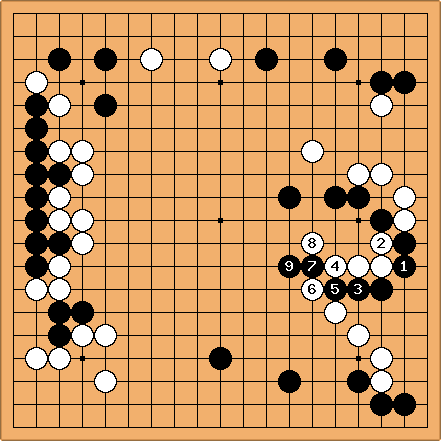 And White can absolutely not cut at 2. White 6 doesn't work, as the white cutting stones are captured after Black 9.

So instead, we would see: 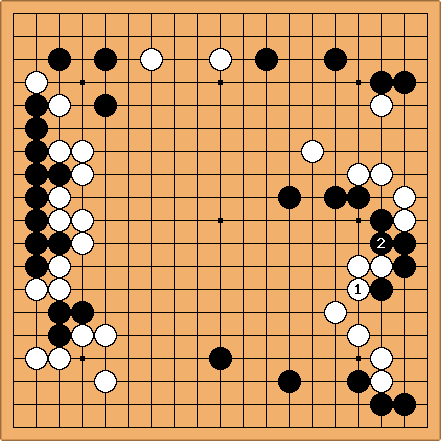