A mistake I found in

Scartol's Flash introduction, in the 9x9 game played there. 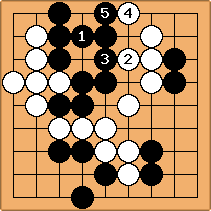 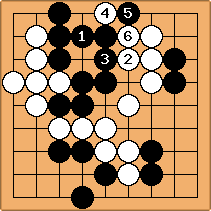 There are actually more. 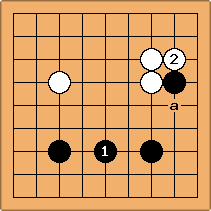 In the flash, it was mentioned that if Black plays 1, then White plays 2 and he gets the "best of both worlds". Why not play at a to capture the stone instead? 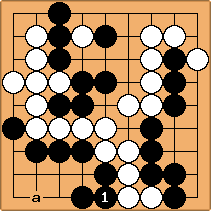 When finishing up the game, Black played 1. This is another mistake which went unchecked, and I leave it to the reader as an exercise to find out how White can kill. Black should play at a instead.

There's also a problem with the nigiri demonstration (and a spelling mistake - it's not "ngiri"). In the flash program, one player takes a handful of black stones and the other guesses with one or two white stones. Black and white should be reversed.

Thank you for catching this stuff, folks. Alas, I made the program when I was all-fired up about Go, but not careful or wise enough to check it before releasing it (and deleting the source, alas).

Because the program is designed for beginners, I still don't think these are things that urgently need to be addressed for most who view the app, but nevertheless I agree they are important.

I've been meaning to make a page like this for a while, but insofar as it already exists, I shall merely add a link here from the origin. Thanks again. -- Scartol

Kuolema Also, its "Kami no itte" not "Kame no itte" 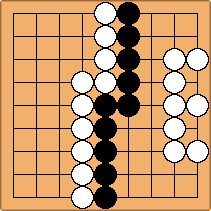 And in the following situation black has no points at all instead of 21 as said in the flash.