Maximum Number Of Liberties In A Dead Chain

Maximum number of liberties in a dead chain 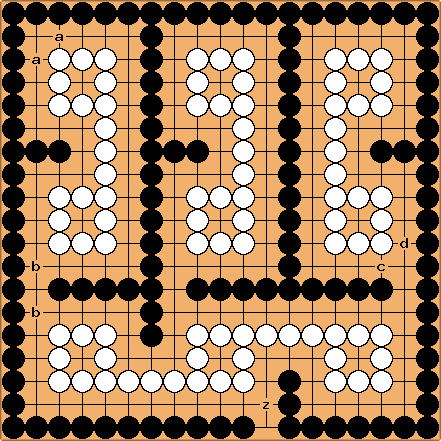 This should be taken with humour, not as a refutation of the "Five liberties for tactical stability" proverb. It is also a challenge as the Maximum Number Of Live Groups page. Can anyone find a higher number of liberties for a dead chain on a 19x19 board?

(If someone doubts black is dead: The only eyes black can do require two miai moves as a + a or b + b. Should black play at any of the a, white must play at the other. The same for b and the same for any other corners. Also, if black plays at c, d is the right answer (or in reverse order). There is nothing black can do to make an eye except z (if in sente) and that single eye is not enough for living.) 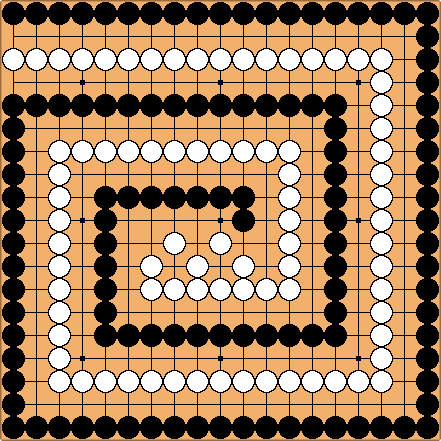 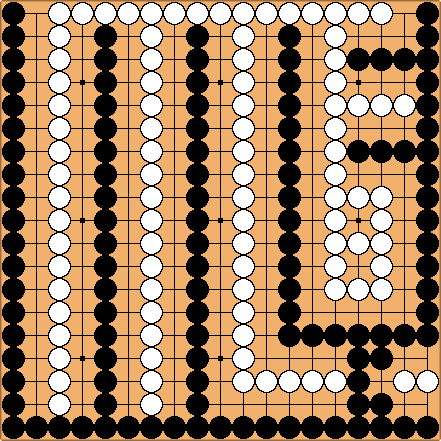 unkx80's solution has 148 liberties (still better than mine). Rakshasa's is the best and the simplest. Jacques.

gaius: not true, you can make a solution with 154 liberties (regardless of how you count liberties in big eyes) by modifying unkx80's solution a bit. This is the best I get: 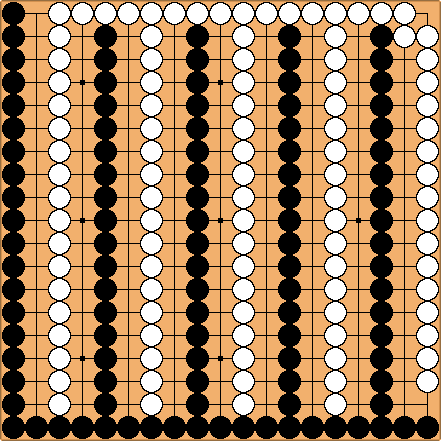 Of course, if you drop the constraint that the group must be solidly connected, you can get more than that; though in the examples below, you would have to argue at what point it stops being "one group": 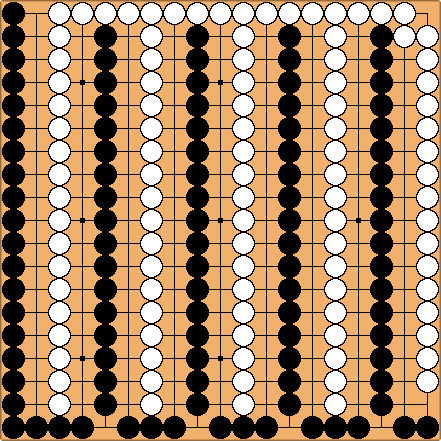 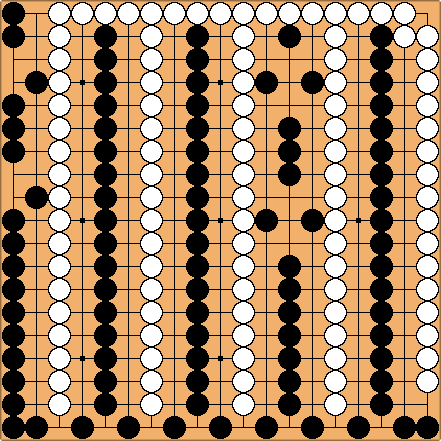 Tom: I think the problem here is the ambiguity described in the Liberty page. I'm going to try an example that may not be entirely original. 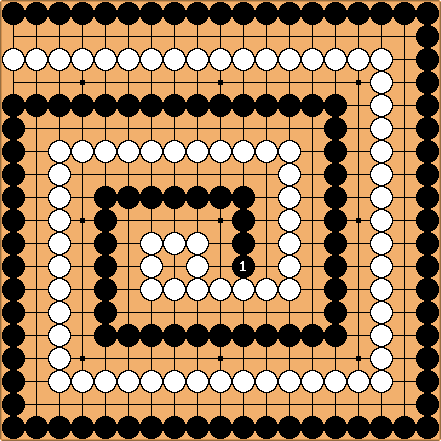 One more at least.

Jacques: I use the word liberty in its first sense, i.e. "an empty point adjacent to a single stone or chain of stones" which can easily be counted with software without any lookahead. This is also the sense used in the rules. This solution has 155 liberties. The best! It may not seem obvious, but black is dead. There is no seki because black can be captured, even if he has sente when this position is reached .. 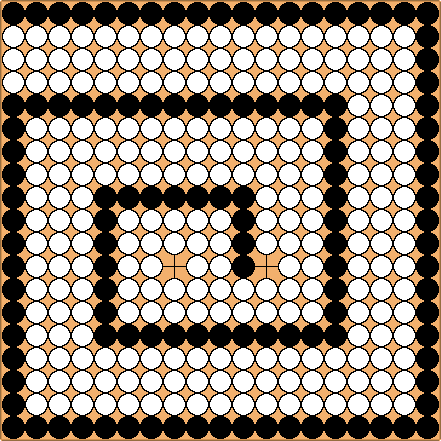 How do you count 155 liberties for that?

I don't. I count 155 liberties for Tom's solution. Then, I try to explain why black is dead and white is alive even if she has only one eye. The answer: White can kill black as shown in my diagram (which is Tom's solution after the potential moves white could do to kill black.) Sorry if I didn't explain it ok.