The problem I've seen in the two other sources I've come across looks like this: 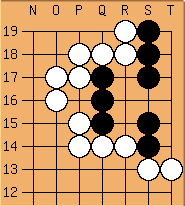 As opposed to this (senseis version): 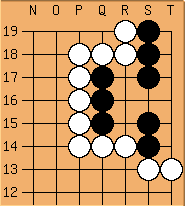 And the solution given is this: 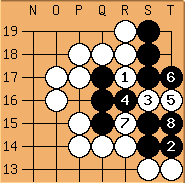 Which is obviously bad: 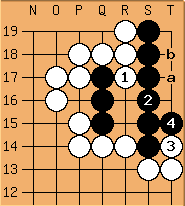 White can force black to sacrifice some stones. I *think* this is the only answer that works. And of course it does not work in the other version of the problem: 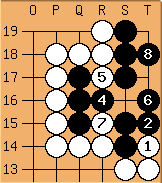 unkx80: White can do better. BTW, where is

unkx80: My point is, and I hope you don't mind me repeating, you should follow the conventions when making diagrams.

gnostic?: If I'm not mistaken, the only first move that could possibly work is the warikomi at S16. So let's explore that next.

R16 is black's only follow up, so after that let's try the white nobi at T16: 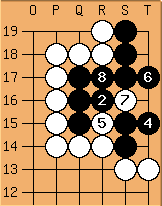 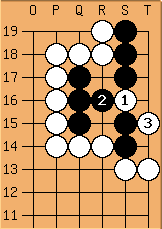 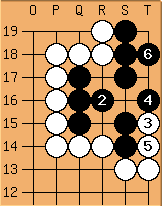 So what am I missing here?

gnostic?: I see now T 14 was the correct first move. Now I'm thinking something along these lines: 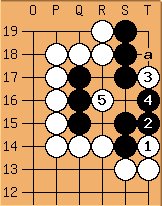 I haven't tried to refute this yet, but this might well be the solution.

(edit: this is the correct solution)

at a lives, and no sacrifice required. 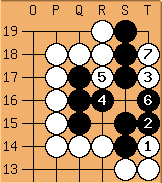 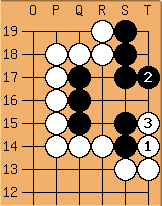 So where did the incorrect variation of this problem come from? --gnostic?

(edit: After looking at the variation problem, I found that the same solution works, just the solution given in those versions was incorrect) 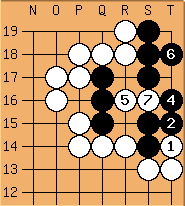 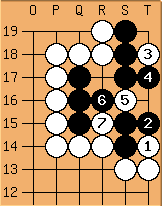 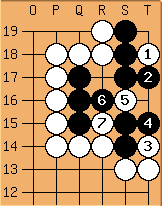 it looks like 1 at T18 directly also works, and I have not been able to refute this variation. Submitting for eventual inclusion in the solutions category. --gnostic?