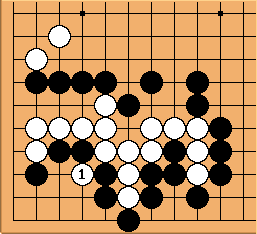 is the best White can do here IMO. 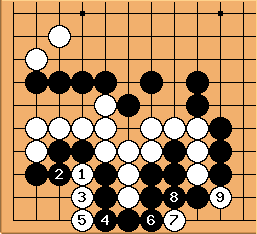 This way it'll be really bad for Black. But if black answer 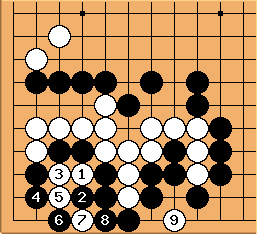 White gets only 2 stones and some ko threats...

Herman: After capturing these two stones, white has only one eye, so will have to make a second one... 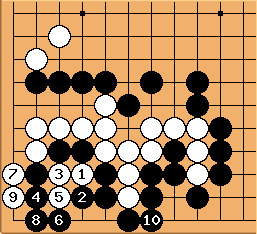 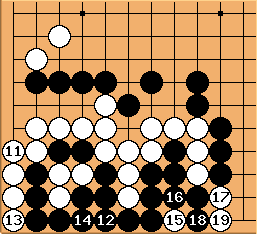 leads to disaster, and should be at

, allowing white to capture four stones for a second eye.

But can black do better? 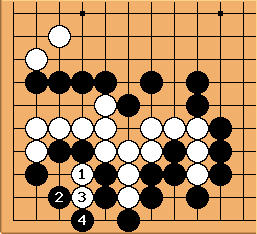 How about this, for example?

AVAVT: oh sorry, I forgot the lack of eye, it was really hasty of mine >_<

How about this, then: 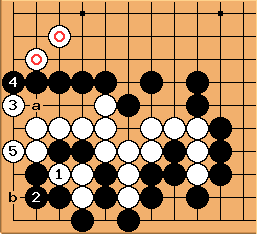 Herman: Yes, now because of

, the position of the two

marked stones makes sense. I'm not sure whether this is the full solution, maybe white can live without ko? 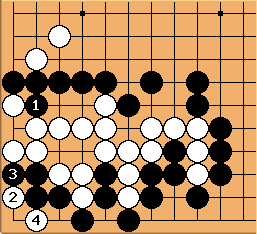 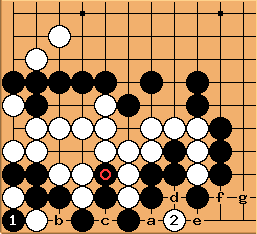 Dave: This is an interesting ko position aside of tsume-go considerations. When B starts the ko at

as the first internal ko threat. If Black answers at a, then after winning the ko at b White can capture nine additional stones with c for extra profit. This increases the burden on Black. On the other hand, if Black answers

), cut at f (Black plays g), capture two stones at c (Black recaptures), White atari at the marked Black stone (if Black wins the ko on the left instead of connecting, Black can not connect at a after White captures at c so the ko continues). 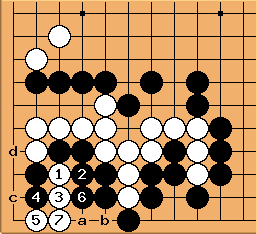 Dave: My first thought is that this is the type of problem where White cuts at

. Black's shortage of liberties means that

lead no where. Now Black can not atari at a and White can live with b or c. If Black plays c instead of

, White peeps at a and descends at d after Black connects at b. Black can not play

now due to shortage of liberties.

Unfortunately this all reverts to the main line when Black answers

instead of connecting at