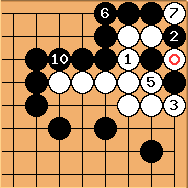 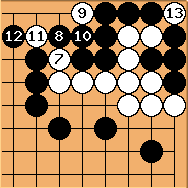 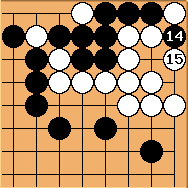 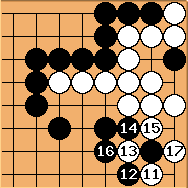 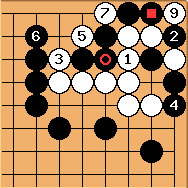 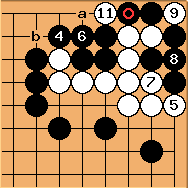 unkx80: What about this? If

at a, and then

herman: Looks like it will revert to my second diagram above (labeled "escape") then? 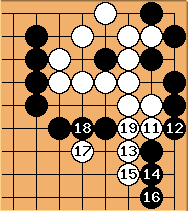 ThorAvaTahr: I have my doubts about the sequence above; 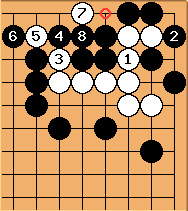 ThorAvaTahr: nothing works for white here...

Herman: Yes, this is the same objection that unkx80 posted above :-) As i answered there, in the end it probably ends up something like my diagram labeled "escape".

ThorAvaTahr: Ok, but be careful, the next diagrams give black sufficient time to reinforce the thin side 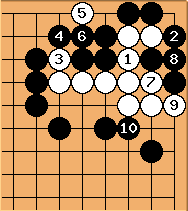 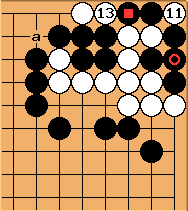 ThorAvaTahr: So perhaps the clue of this problem is to play a at the correct timing. 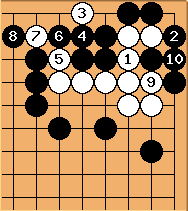 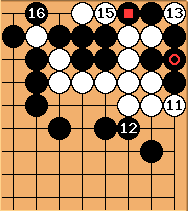 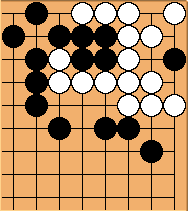 ThorAvaTahr: This is an attempt at the correct order of moves. White would live due to sufficient outside liberties.

Herman: Black is probably better off allowing white to escape. The diagram I posted above leads to ko, but black may also consider something like the following: 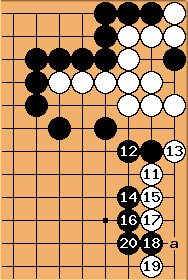