Janice briefly review this opening and laid out this position: 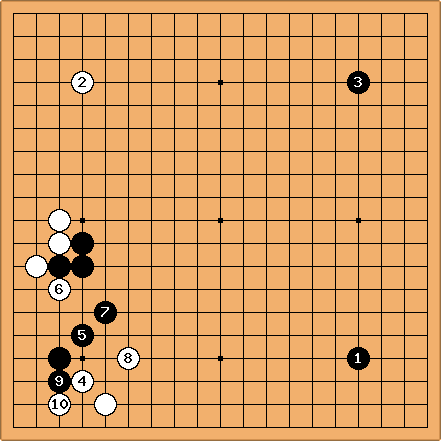 Toward the end of the last day we came upon the biggest point ever seen. We were reviewing another anonymous game. We actually paired off and played starting from move 19 of the game up until about move 50. We didn't review everyone's game, but we all learned something about how we think, and how it compares to how someone who knows how to win thinks.

The diagram shows the position we had to start from. We chose sides randomly. I found white's game to be pretty comfortable. I won't get into our game, but will just jump to the key point. The biggest move of the weekend... 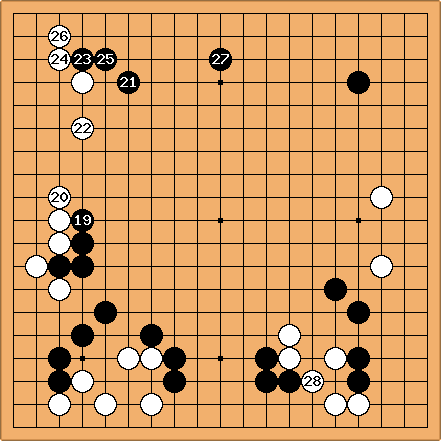 I won't spoil it by telling you. There were plenty of suggestions bandied around, but Janice had to show us. 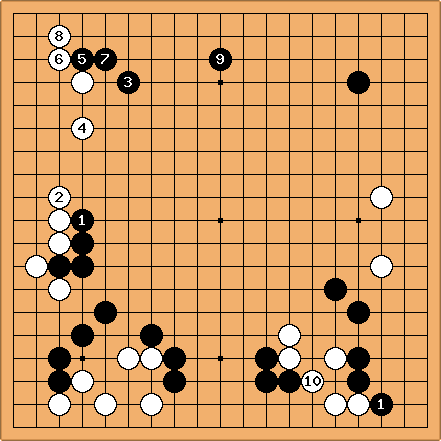 This is the critical point to spot. By turning here black secures a base for himself. It is doubly important, however, because it is also the key for white to make his base. This move would easily swing the game around.

This is the correct path at this watershed moment. 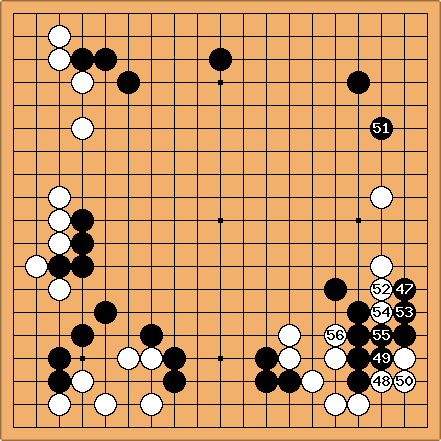 instead and white got the key point. See how white manages to squash black into an eyeless lump? It is really a big point.