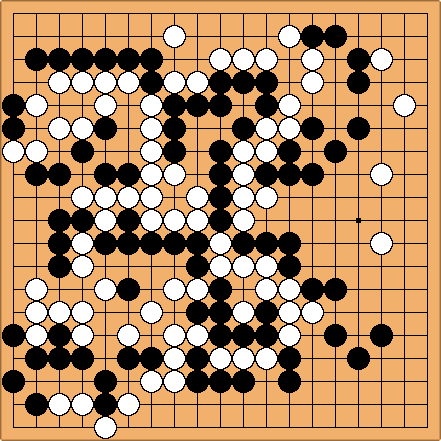 I feel so confident with all those black stones, but maybe I shouldn't be... 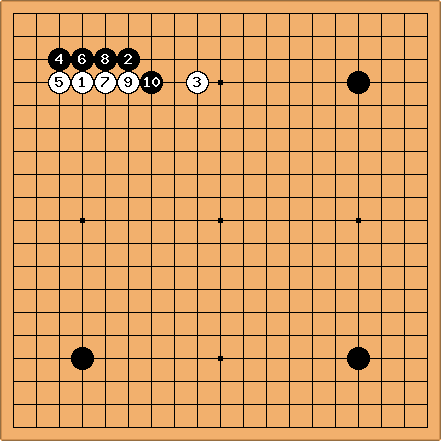 OK, now that I've gotten some solid territory, I have to neutralize that wall...

JoelR: I would have said this line of play was too low, but on BQM55, Charles illustrates just this against san-ren-sei. This is not san-ren-sei, though: you have the lower left corner. This makes me want to make a double approach, to coordinate with that stone. 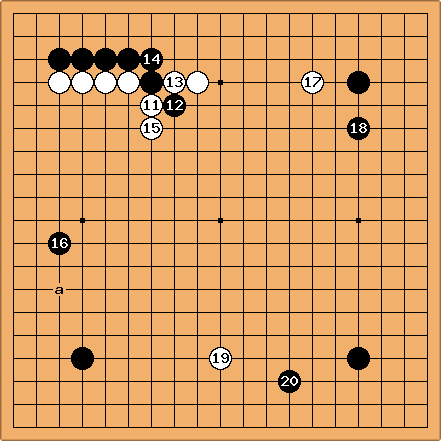 I guess that's to be expected. fractic: I think

at a is better see Play away from thickness. The

from the game leaves room for an invasion. 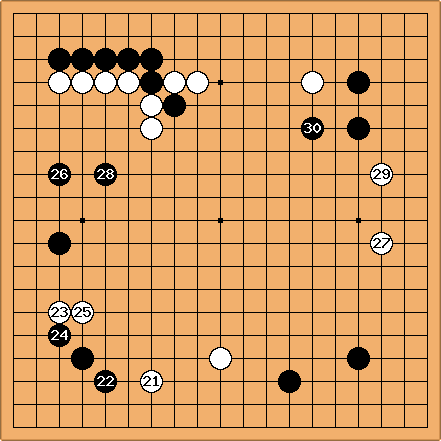 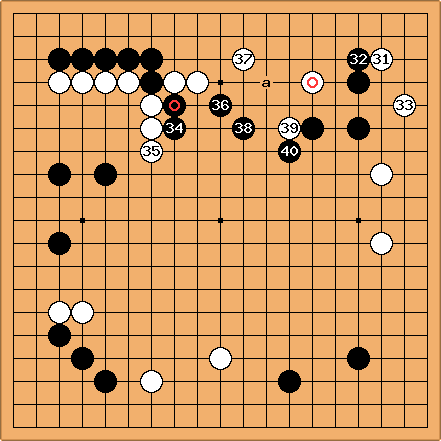 Andy: I think you don't go badly wrong until

here. I would think about attacking

with a move at a. If white runs out through the elephant jump, you give chase with the idea of getting in a double-purpose move that threatens to pull out

. You can also use the thickness you build while chasing white to strike later at white's weakly linked stones on the right edge. The way it turned out instead, you make white strong on the top and then pushed white out between two weak groups of yours.

should be treated lightly. You'll make more profit threatening to pull it out than actually doing so. For example, attacking 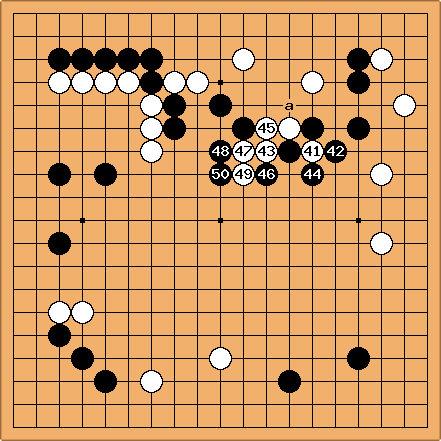 is inconsistent. Having played

, you had better not abandon them.

at a will capture

and give you a solid group. 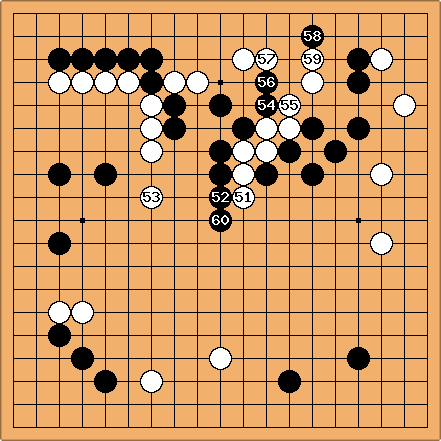 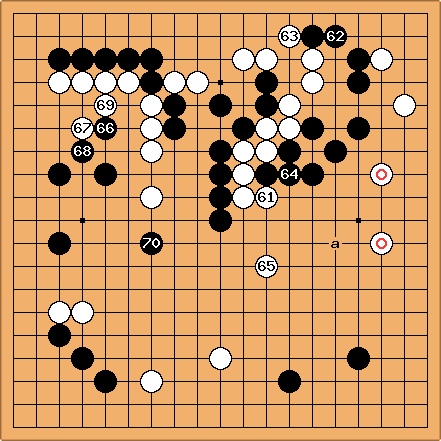 looks submissive. If you're concerned about this group, you have to get out in front, and let some stones go along the way. a looks interesting, as pressure on

. Maybe those stones are too strong, but still, it looks like the right relation to your stones. 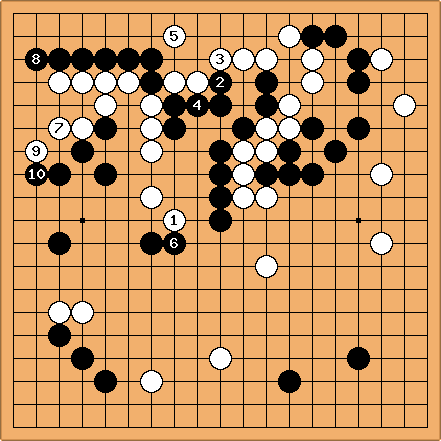 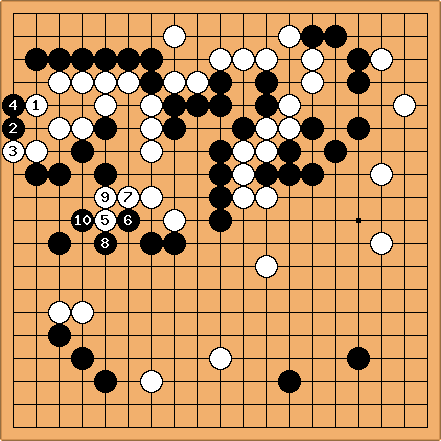 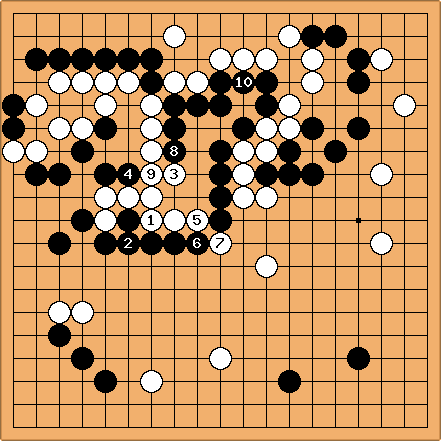 My groups already look pathetic, but here's some more: 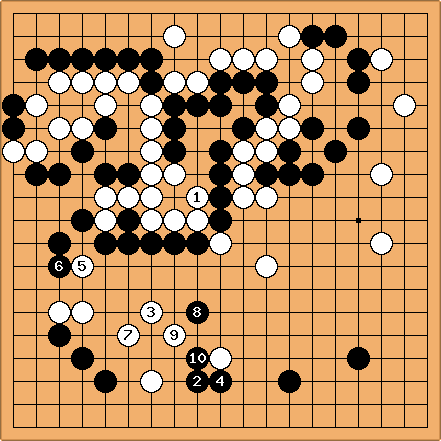 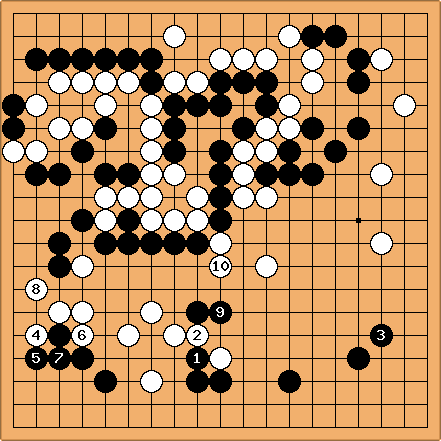 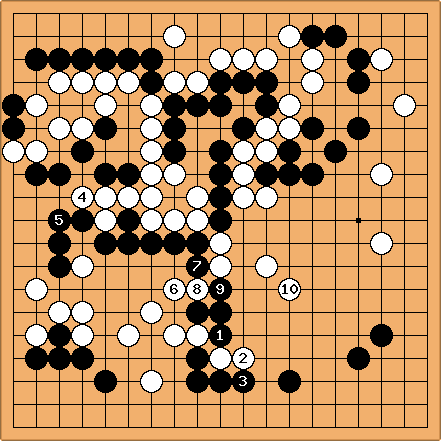 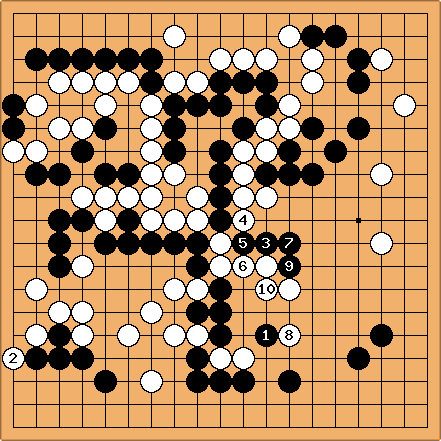 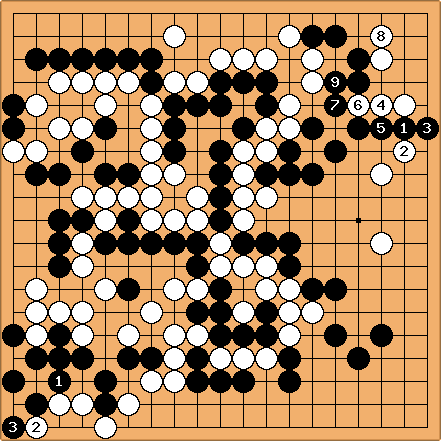 It looks like black only lost the game because he resigned. Counting the points, black is not all that much behind even if both the left side and the lower left corner were entirely dead, and one of the two sequences starting with

should be quite enough to take the game.

When playing against a stronger opponent, it is important not to fall into desperation even if some of your plans backfire. Instead you should try to break your emotional attachment to the game whenever you are feeling stumped, try to step back from the game a bit, and analyze the position as if it were just another problem in a book. This will help you to judge the position correctly.