Hi! I am 16 and have been playing go since April, 2004. I am a proud member, partial founder, and original member of The Sabaki Go Club. I Hope that I will meet many of you and make many new friends. I am also a member of the Charlotte Go Club.

I am a student of liyue

Also I would like to note that I did not play from Sept. 3th, 2004 to January 26, 2005. I have picked the game back up and am dusting off, having forgotten my bad habits I hope to become a much stronger player than ever before! Update 3/28/06: Yeaahhh.... That didnt last long unfortunately there is a firewall at my Boarding School and I havent been able to get onto KGS so my comeback has been destroyed ah, well... I might figure out a way to bypass the damned firewall somehow... 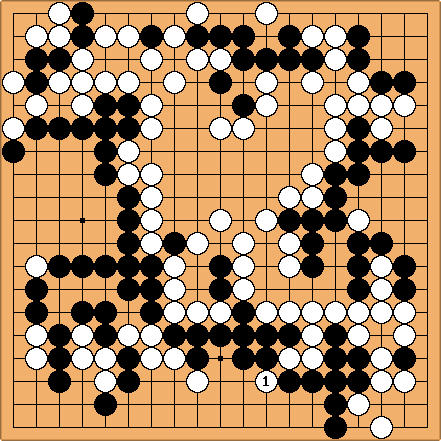 The Biggest Cut EVER!

This is from an actual game. He ^ used it as the basis for the problem mentioned above.

_To find out which Hikaru No Go character you are most like go to: