My friend Azatoth and I used to play high handicap games, both for fun and learning. Such games give White a peculiar strategy problem.

Black indeed, thanks to the power of the 4-4 point, starts far ahead in the balance of influence, and White can hardly make any territory without conceding some extra power.

So, before she invades deeply, White would like to shift the balance of power. If she fails to do so, invading will give Black the perfect opportunity to grow a moyo and to take the initiative.

White can shift the balance of power through a number of means, including playing high, light, and luring Black into making weak groups.

As my deshi Azatoth was getting stronger, learning how to grow moyo, I found myself needing more and more influence early in the game.

Here's an (extreme ?) example from a

7-stone game of ours. Please feel free to comment ! 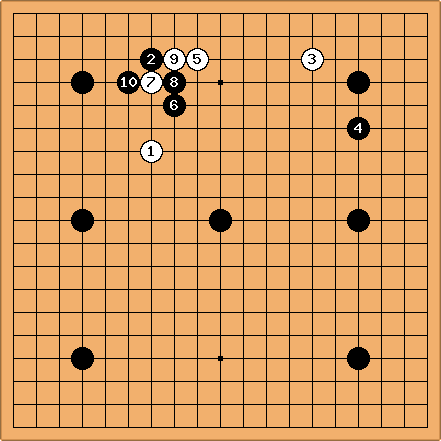 at the 7-7 point is a kind of probe aimed at developping some influence.

is a territorial answer.

When Black bravely attacks with

, White cuts and has the ladder. 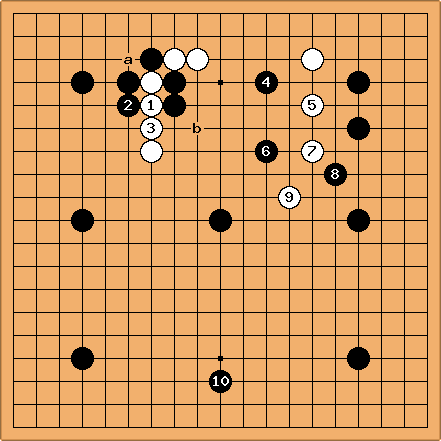 , a and b are miai and White is thick.

gives White an opportunity to utilize her brand new thickness.

, gaining influence in the process.

, on the juncture point.

is a huge play, and White still has a lot to do. 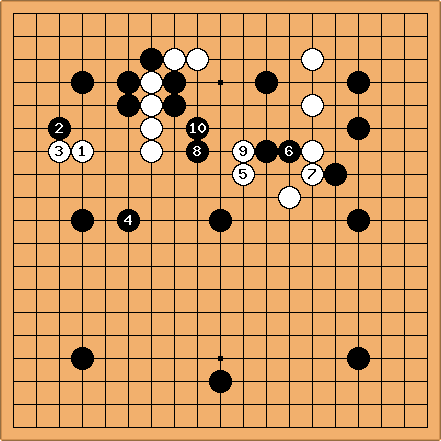 The simple jump of

is a nice reply. 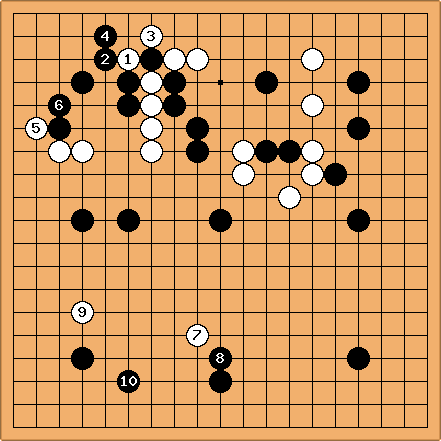 to reduce black's lower side and gain even more influence. 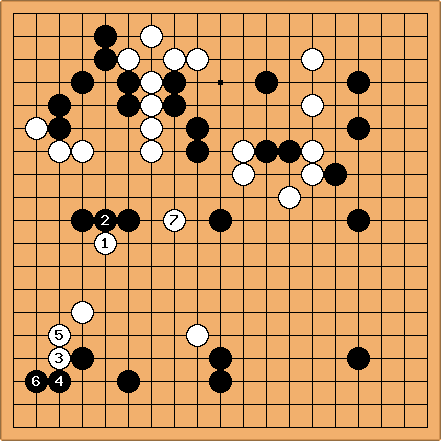 After some preparatory moves, White launches the double attack of

. The middlegame is starting.

Black has some cash, but is behind in the balance of power, and retains several invasion points. White eventually won the game.