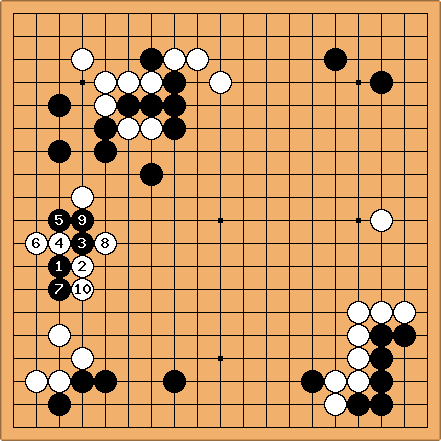 The low invasion at the midpoint was played in the actual game and is correct, according to Yamashita. White attached at

and Black extended to

- a mistake, says Yamashita. He says Black should play as in this and the following diagram.

He provides a refutation for

, but perhaps that would be best set as a separate problem. 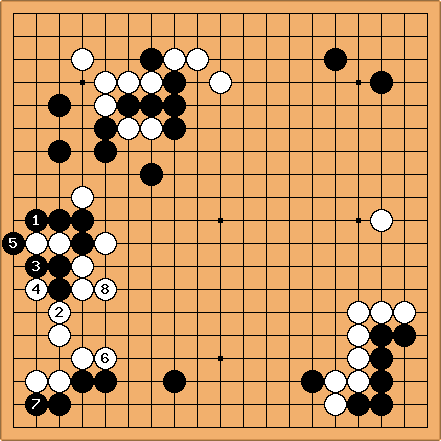