Benjamin's solution was quite convincing by the beauty of

. Seeing might spoil the fun, hence I will moved it to /solutions.

These are illustrations of the thought process of a weaker player (me). 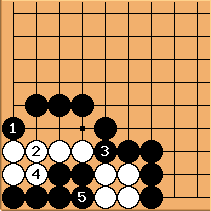 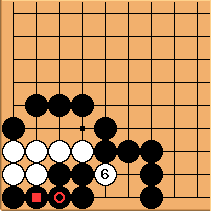 will not work due to the 3 liberties

will have after capture (White can reply with 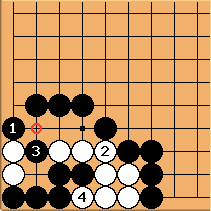 :
Because there is no white stone at 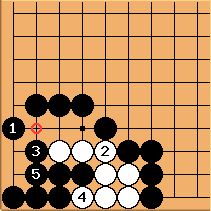 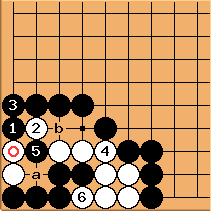 White could have previously exchanged

- still to no avail.
Black takes first with a,

I realize this has already been solved but id like to give it a try with a diffrent solution. 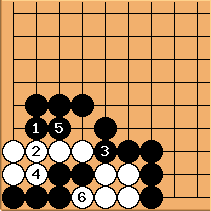 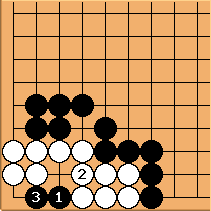 at the point above 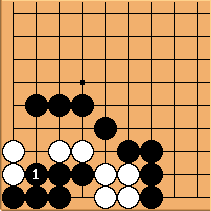 revo: Thanks a lot for your reports, it's very interesting. I tried a little with your tsumego and I think this 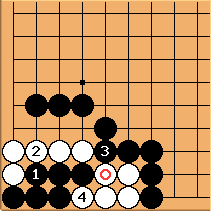 If white does not capture with

, black may have to capture the left part of white. Black must not capture at

himself, because white can recapture with the marked stone. 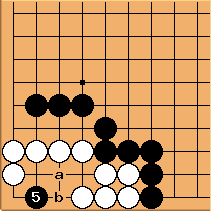 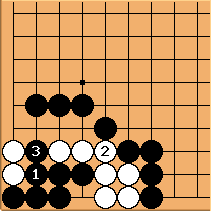 maruseru: I got the same solution as revo. Being 9k (EGF), I thought this was rather easy. So the other tsumego (which you got as tests) were much harder? 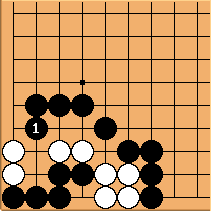 Benjamin: Yes, I think they were much harder - maybe we can show you one from our test next time... By the way, did you understand why this move (

in variation 2) is wrong?

maruseru: Because of the continuation shown in these three diagrams, which only leads to ko?

Hmmm... at second thought, maybe this isn't a ko. White takes, and Black connects to the right of 9, leaving White with a false eye. Must think some more.

revo: I think you're right, it is ko. If black connects to the right of 9, white captures black 5 and lives. 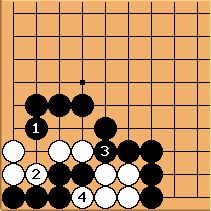 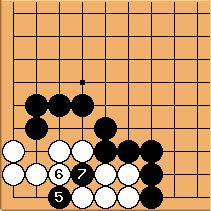 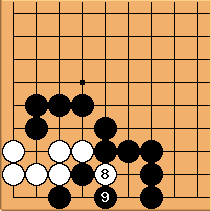 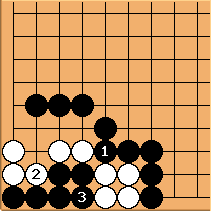 A moment's reflection revealed my oversight: 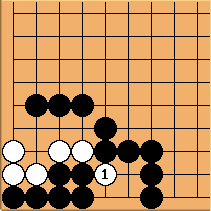 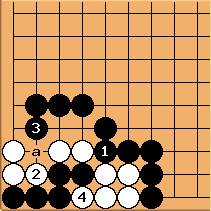 (What if white doesn't play

but goes elsewhere? Then black a and

, with a similar result.) 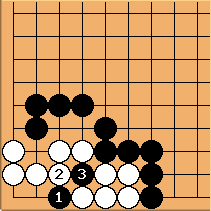 captures some stones, but it's not over yet... 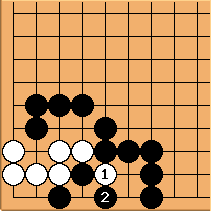