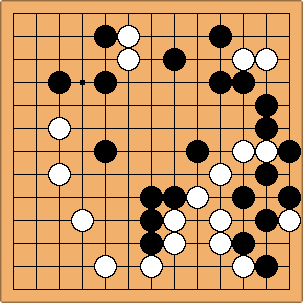 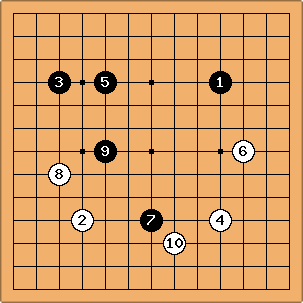 : I was expecting something more quiet :)

: Ten moves and it feels like I'm way behind already

Alex: Perhaps not "way" behind, but yes, you are behind, because

are bad moves. When the opponent invades your sphere of influence like this, you must attack, not passively take small territory.

hexkid: Thank you Alex. I'd like to talk a little bit more about attacking the black invader. 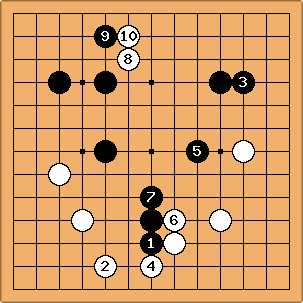 : doesn't affect me, he is going about his business so I'll go about my own :)

: I still feel way behind ... need to try something