I (2k) played white against a 4k player in the Affensprung turnament in Hamburg. 29th to 31th of May. 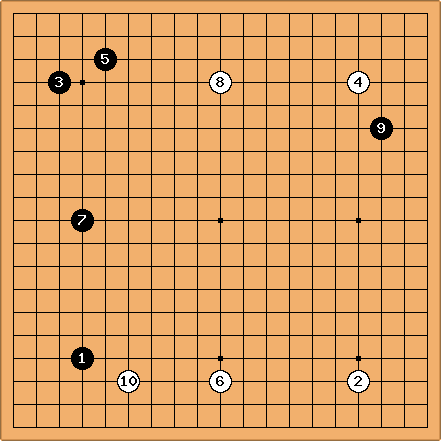 - I was thinking of playing this move as a pincer against

, but I didn't like Black to have another move in the lower left corner.

Andy What is the idea behind

? Is the correct direction of play from

all on the third line?

high if I have

low, and the idea is that Black is high on the left side, so I make sure to make it harder for him to invade by being low, and use 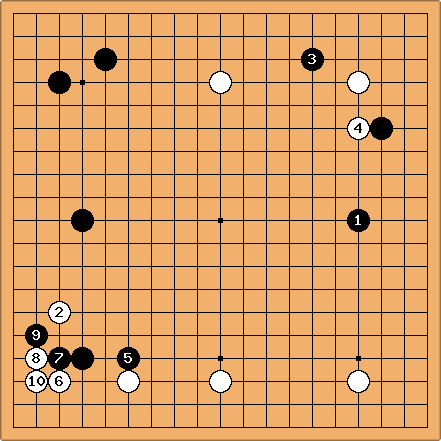 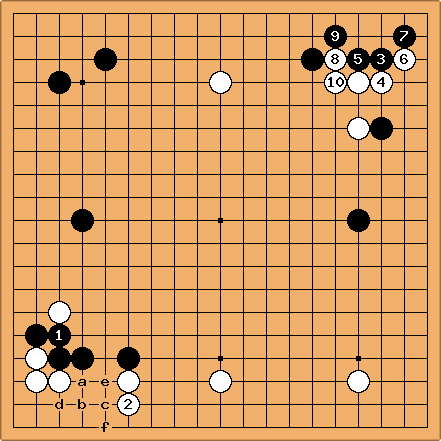 ) - This move was a mistake. I'm still able to connect to two groups in the corner with the serie a-f, but just barely.

) should have been one to the left at c. 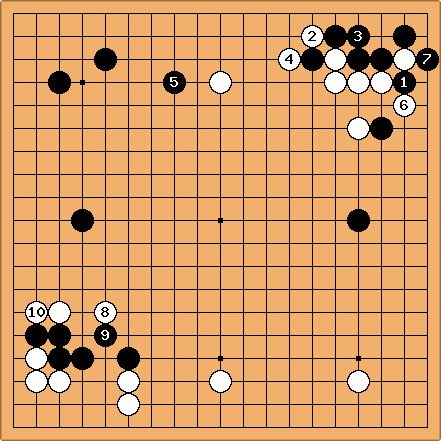 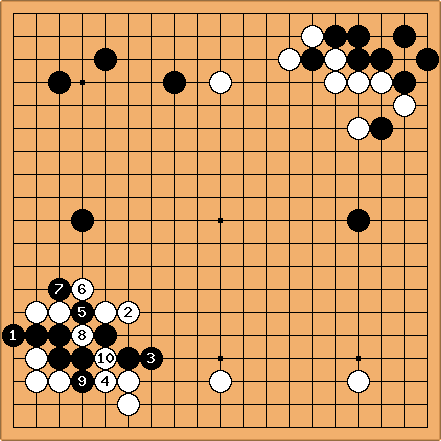 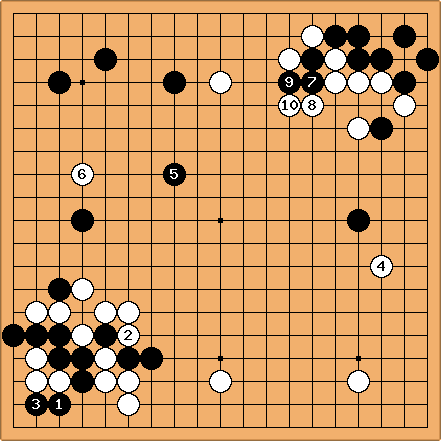 51 - I was very happy when he made this move. Black has a small corner, but White has a very good outside influence along both sides. 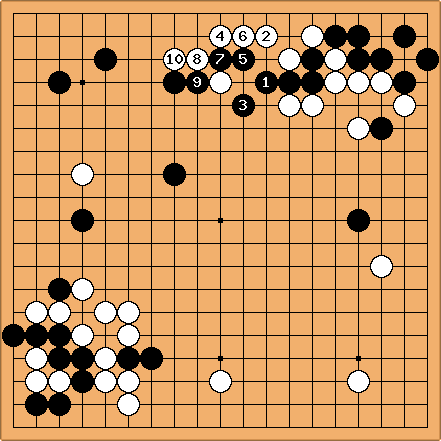 Kjeld I think he played

to make sure not to be shut in on the upper side, and giving me the outside, but that made it possible for me to live with the White group starting with 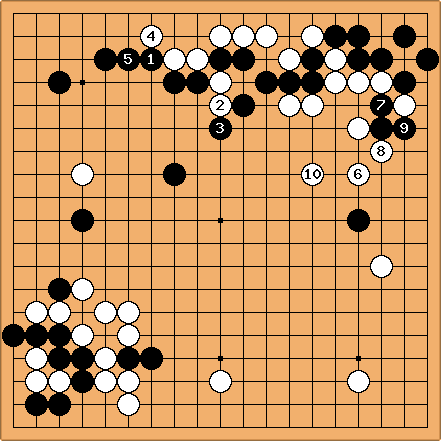 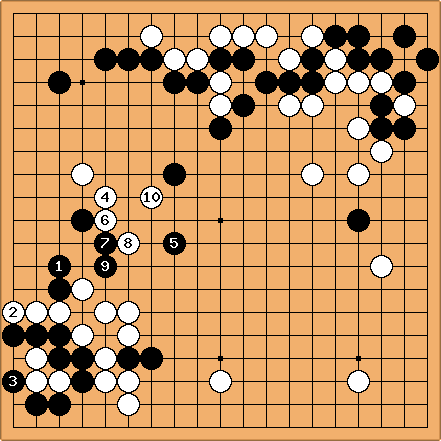 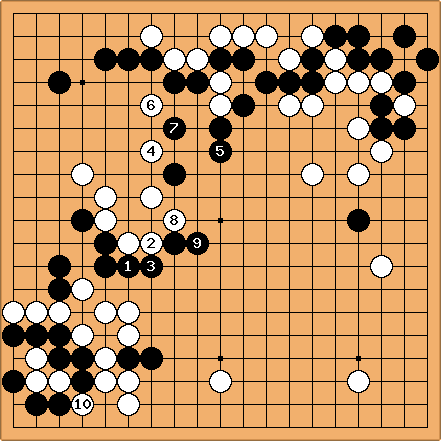 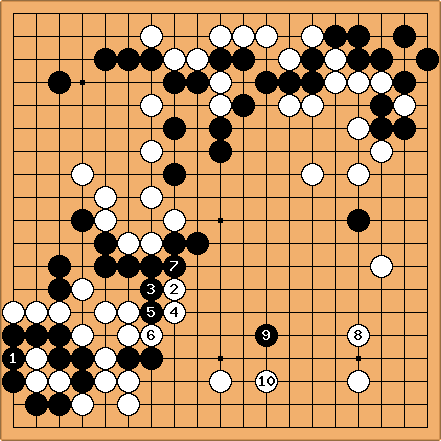 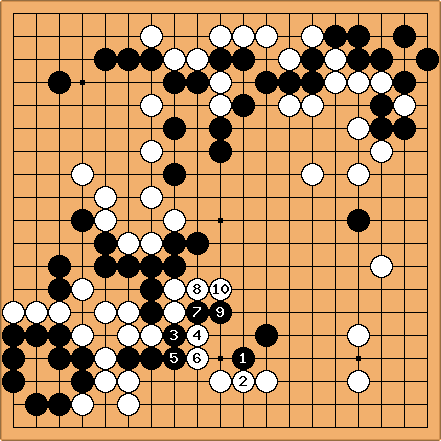 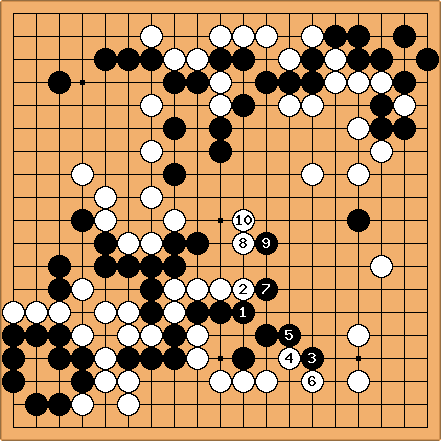 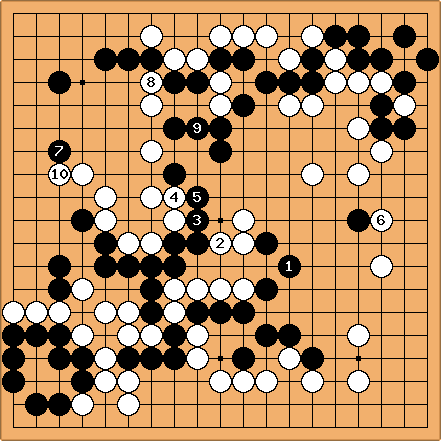 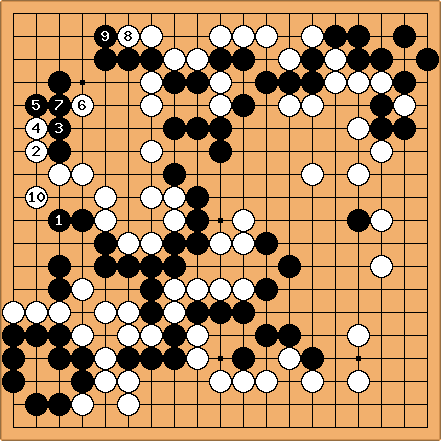 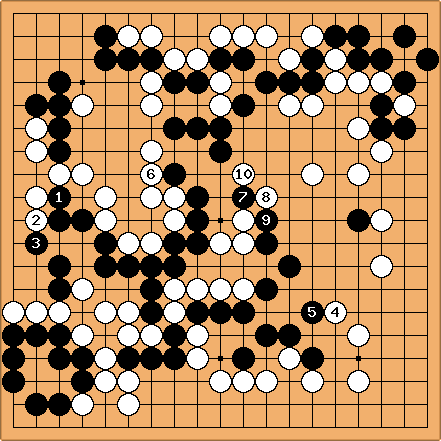 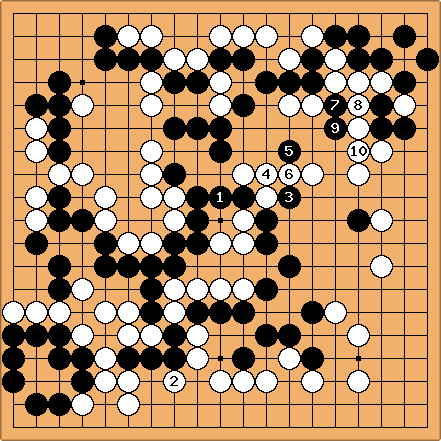 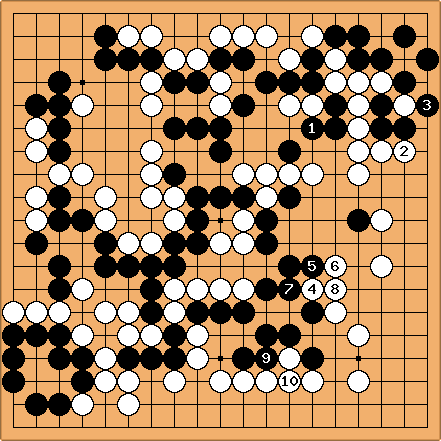 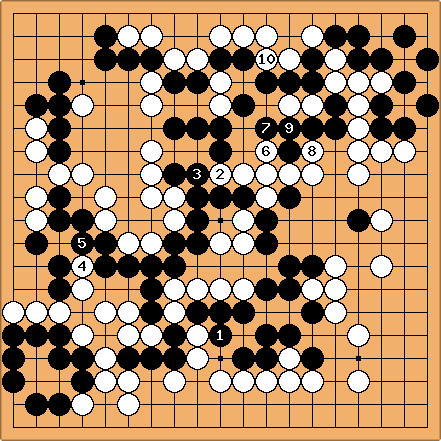 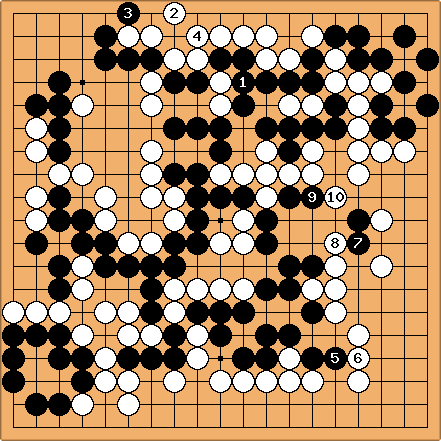 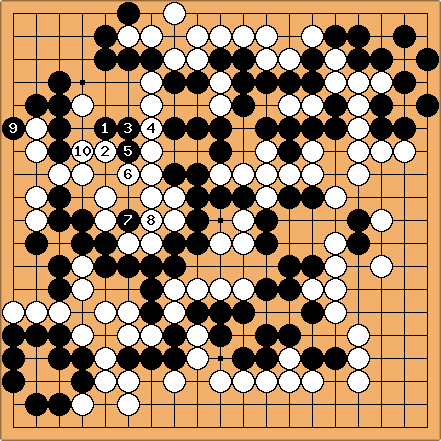 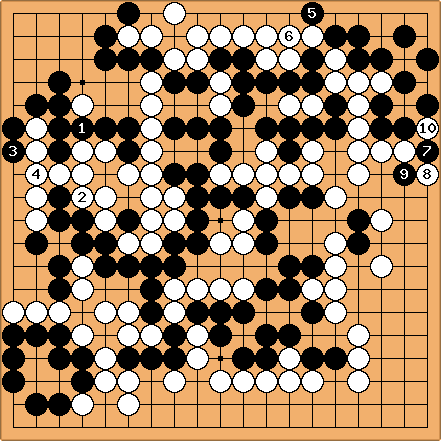 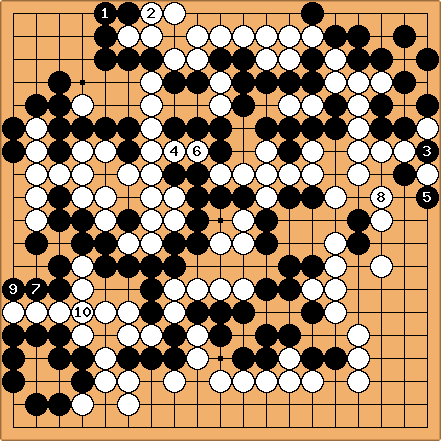 221 - This was actually not a ko threat. In the game analysis, I realized this, but I'm not unhappy with the outcome of the game. 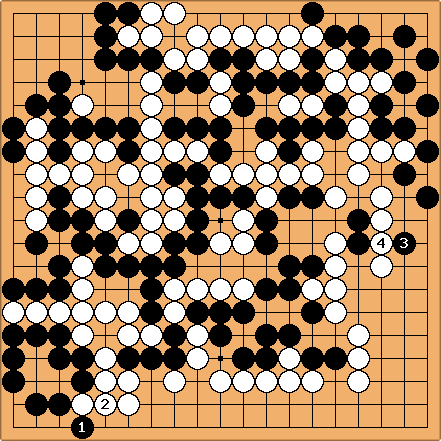