This favorite moment is an example of using an invasion for creating thickness. 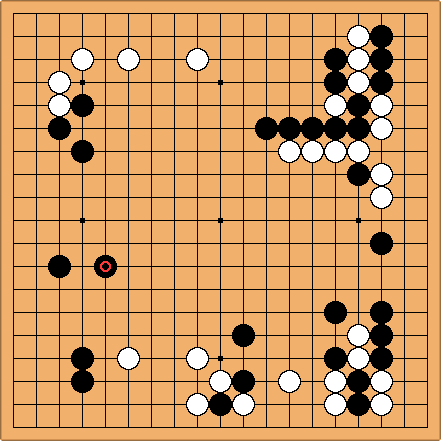 The position after move #59 is the start of our analysis. Black just played on the left side, expanding his moyo. Moyo, you ask? It sure looks like solid territory to some of us. If we would count the left side as territory then it would look like something below. 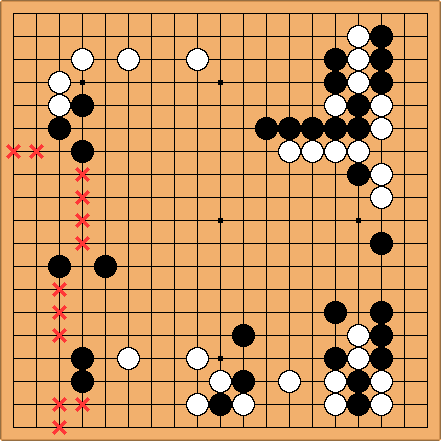 Let us assume that the final border is on all points marked 'X'. Black will make 31 points on the left side. Evaluating the whole board, one can see that White cannot compete on territory against Black. Therefore, White mounts an invasion into Black's left side. 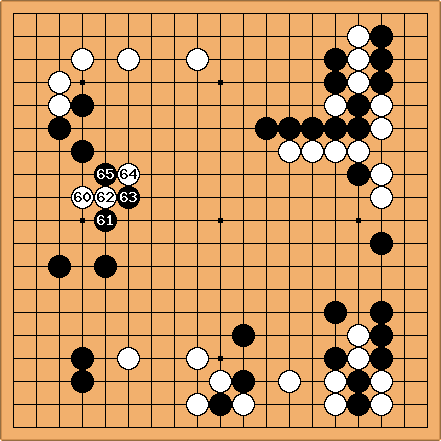 . Note that this is exactly on the boundary line we have mapped out in the previous diagram. As such one could also say that

aims at shutting White in. Up to

Black succeeds. It seems unlikely that White can make life in this narrow space. Apparently the two white stones are captured and his strategy failed, or did it? 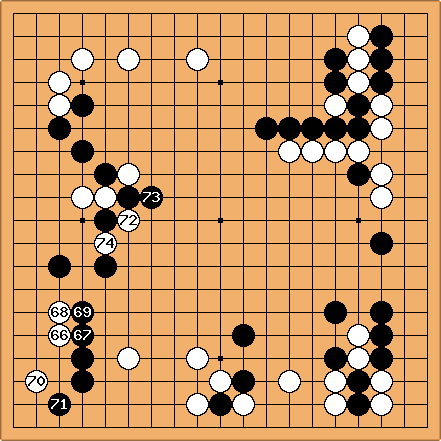 seeks life in the corner, but

ensures that White is unable to make two eyes.

Far from failing the line of play is exactly working out as White has planned. White

If Black tries to save his stone with

in this diagram, then White attaches at

. No matter how hard Black tries afterwards, either the lower white group makes two eyes, or the two black stones get captured. Neither outcome is desirable. 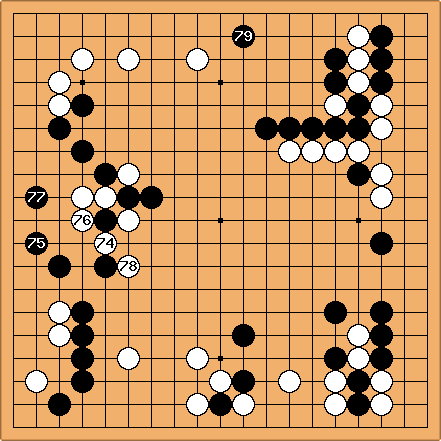 instead. White immediately captures at

and Black must connect along the second line with

. This move is necessary, so that the black stones above do not become an easy target for attack. 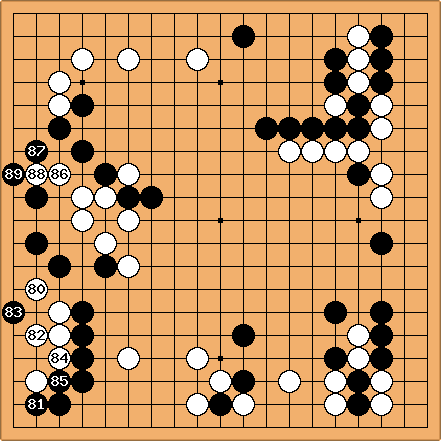 White seizes the initiative and plays

. Not so much in a futile attempt to make life for his group, but in order to get some more forcing moves from the outside. 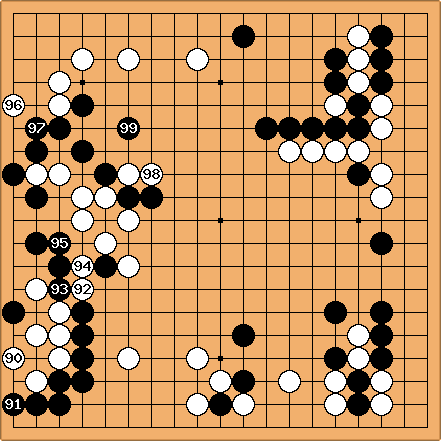 White continues his play and Black makes sure that White's groups remain dead. Nevertheless, White is able to get in many favourable forcing moves. 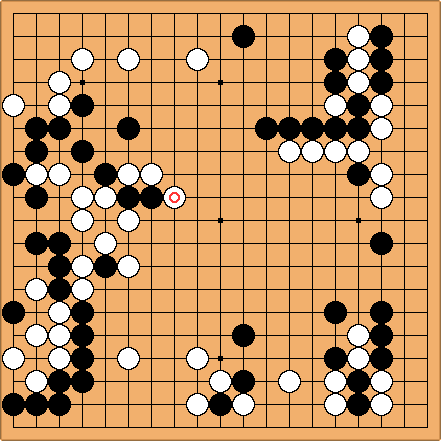 This is the final position for our analysis. White 100 (the marked stone) concludes the sequence.

Let us do some counting again. 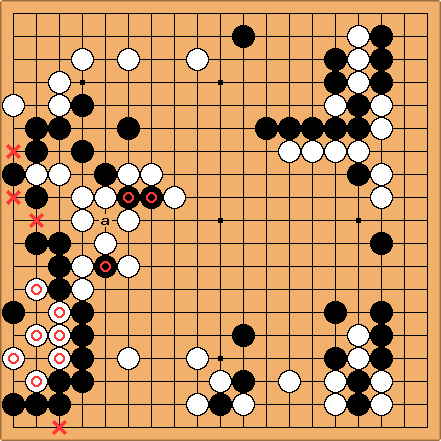 White on the other hand has captured a stone at 'a'. Let us assume that the marked black stones are dead. Then White has made 8 points in the process.

Granted, Black got in a move at the top which is worth something as well (around 10 points?). But even this simple counting shows that White is at least not worse off than before.

What clinches the game though, is White's thickness in the center. Have a look at the next diagram. 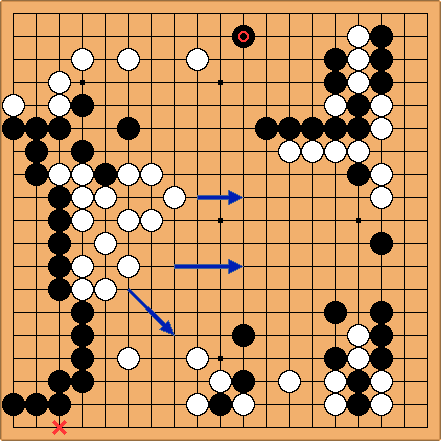 In this diagram we have rearranged the stones in a way, so that Black still has 25 points of territory and White has captured the three stones on the outside. Compare this with the starting position (first diagram at the top of the page).

Do you see how submissively Black has played? Not only was Black unable to hold the territory mapped out in the beginning or is at best even if we account for his marked move at the top.

In exchange for merely turning his moyo into territory White got superior thickness on the outside. This thickness dominates the whole board.

White has a winning position and indeed goes on to win by resignation.