Ekberg: I have only played Go for a couple of months and haven't studied a lot of pro games. As a DDK I can't fully appreciate the sublime beauty of ear-reddening moves or ghost moves, but I know a good fight when I see one. And this game is awesome.

It is between Takemiya Masaki and Cho Chikun from the Quarter-final of the 43rd NHK Cup. It can be found as 1996-03-03.sgf at this site:

A semeai on the top must be decided in a ko fight. In move 186 white threatens to make black's big dragon in the center one-eyed. 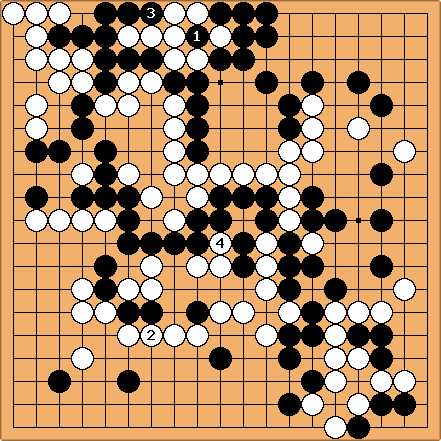 (Can anyone explain why this is a ko threat, i.e. what could Black do if White played

Should Black ignore this Ko threat and start a new, even larger semeai between the black dragon and the white one just above? Hint: to get the answer you have to read 120 moves ahead and end up with a difference of one liberty (or is it 1/3 when it is ko?)!

If black defends, white must ignore two ko threats where black can make points. As far as I can count, black will be ahead in points even if white wins the ko.

But Cho ignored the ko threat and took the ko. 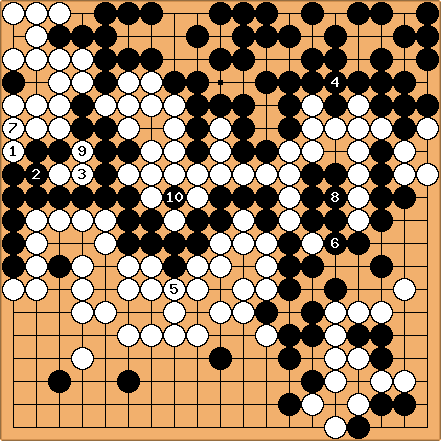 My question is: Did Cho Chikun read this out, or was he gambling? 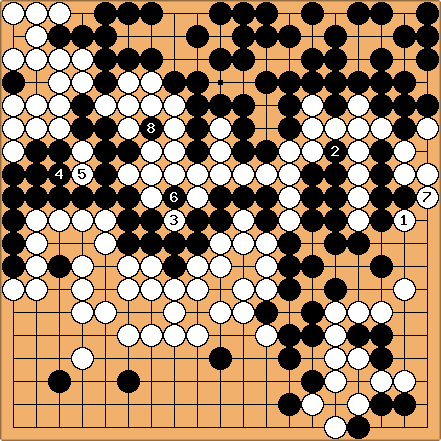