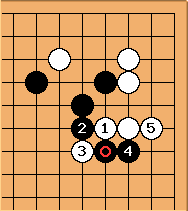 When White cuts off

, a fight starts. The descent of 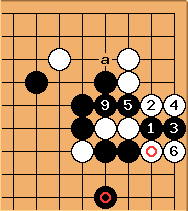 If White plays hane at

instead and Black defends at

, then White leaves a defect to be exploited later. Black forces her into a cramped shape and cuts with Black 11 at a.

Charles Matthews Sorry to carp - but the hane was played in recent pro games, and more often than the descent. 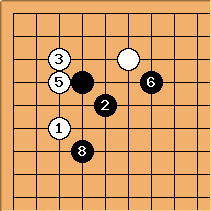 The position can be recognised as this double kakari line with