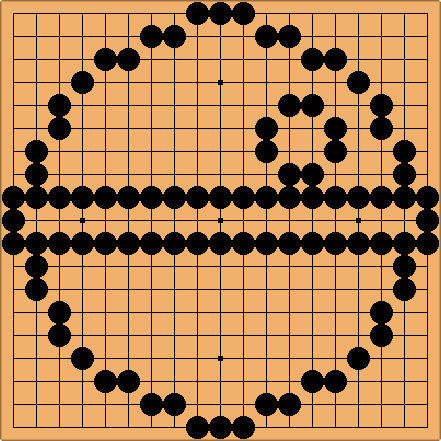 Just brilliant, it clearly says that this board is mine and just look at the size of it

This formation is unrealistic. To start off Black must begin on the side, this is a known mistake.

This formation may not be as powerful as it seems. There're too many cutting points in it, which can be easily exploited by White to cut the shape apart.

ChrisSchack: But it's made to hold off a large-scale assault...

Anon: Is it a coincidence that the Death Star looks exactly like Weebl?

Cliftut: A disadvantage to this shape is that it can only attack enemy shapes on other gobans, and thus its true power can only be realized in tournament games in which none of the participants are named Luke, to disrupt opponent's games and take out strong opponents before they play you.

Raine?: The fatal flaw in this formation is that it falls instantly to the Skywalker Tesuji. Finding the correct point is difficult; ancient texts and pro commentary say that the proper point can only be revealed by an advanced form of intuition known as "The Force." However, the result is devastating: 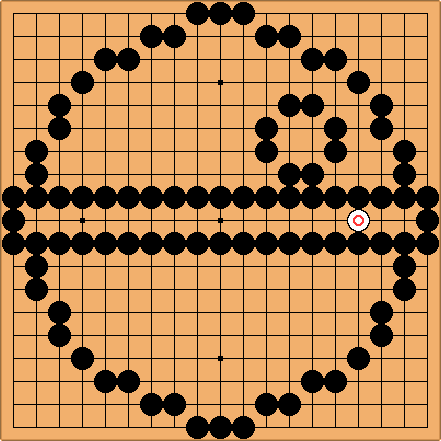 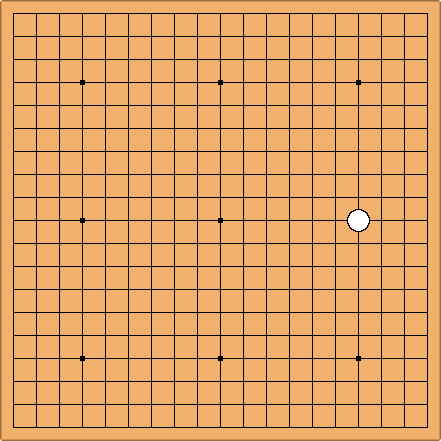 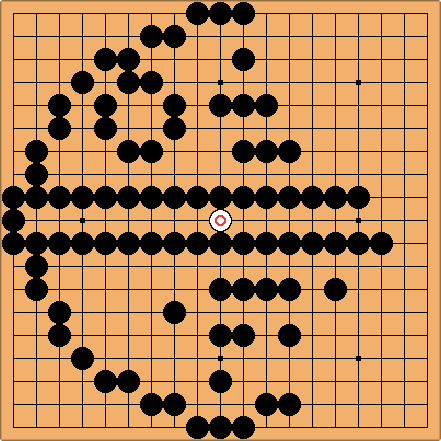 An unfinished Death Star is also vulnerable to the more recent variant of Skywalker tesuji.

Anonymous I once played half of the deathstar in one game. 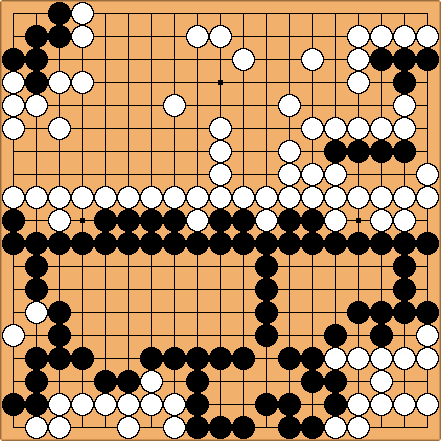 Can't remember the game exactly but it was somthing like that^. I was black by the way. And I agree with anyone who says the full death star is 99% impossible.

Anonymous: Not if Black gets an 80 stone handicap.

cliftut: Don't be so harsh. Surely this shows that he is well on the way to becoming a master go player. If he continues in this manner, he may very well be able to reconstruct the Death star before Luke shows up again.