Here I will try to keep track of my process. This might be useful to keep myself motivated. !!2003/09/12!! What have I done during the last week.

(1) Studied a game between Alexandre D. aka Breakfast and O.Rissei commented by Alexandre himself!

Lets take a look how far I can remember this game... 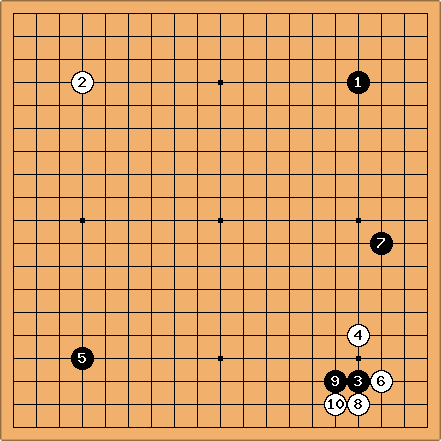 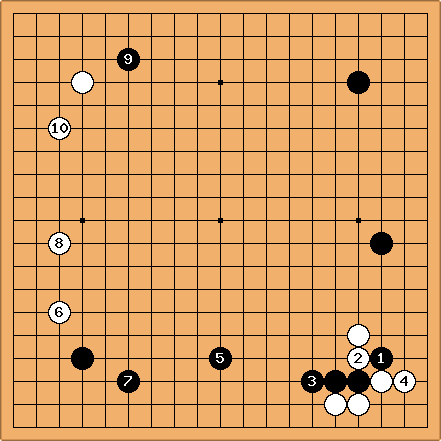 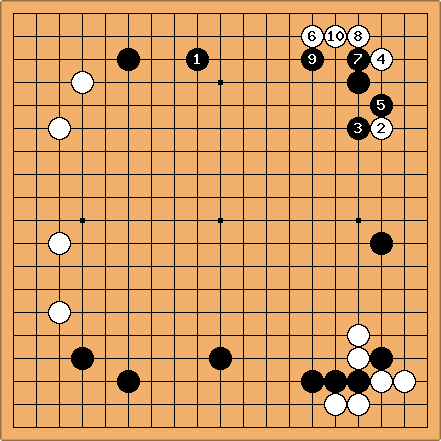 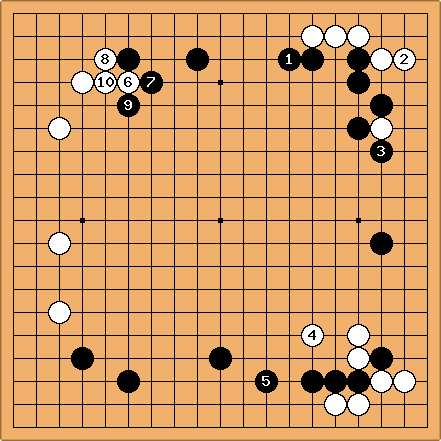 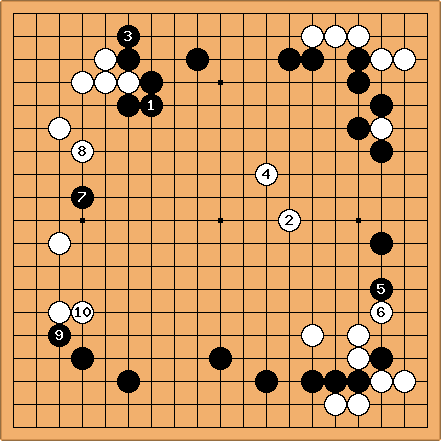 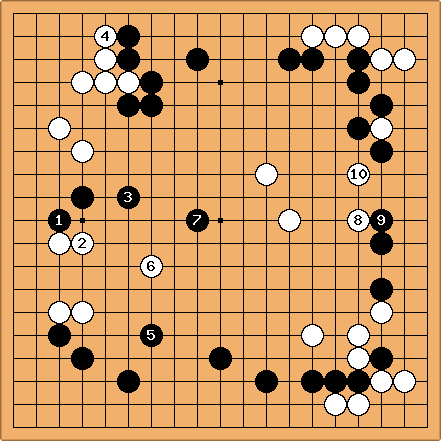 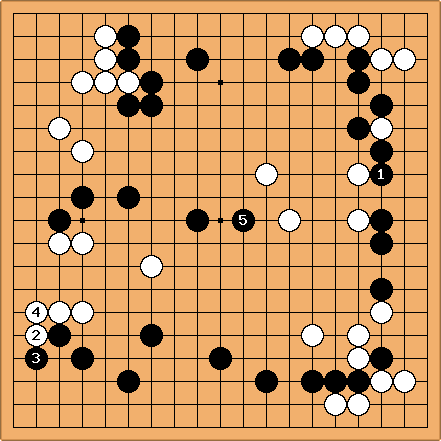 (2) I have been doing a lot of live and dead on DashN. Been raising from 18k problems to the 8k problems. LOL, this might sounds terrible for a 3k player. But those DashN problems aint easy.

I am not sure if I grew stronger, because I did not play that much games. But I won all the games I played, and I do feel a bit more confident if it comes to live and dead.

I played a couple of games. Lost the first one. I lost a huge group in that game. My connection was very bad at that moment, I had about 10 seconds lag. After that I made a nice comeback killing some groups of my opponent, I guess this shows my live and dead improved after all. But still I lost very close. So I was a bit angry with myself and my connection. After that I played some other games. I tried to play a special opening with some of my new joseki, just to look if I can handle those. And to be honest I was surprised to see how good I did in the first corner, playing a taishi variation. In the second corner, the result was terrible local, but from a wholeboard view I think I won a lot of points there. So all together I think I improved a bit yes.

I have been memorising a new game: Lets see how much I remember from this one. 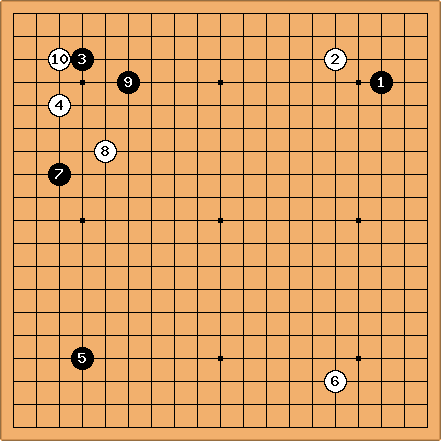 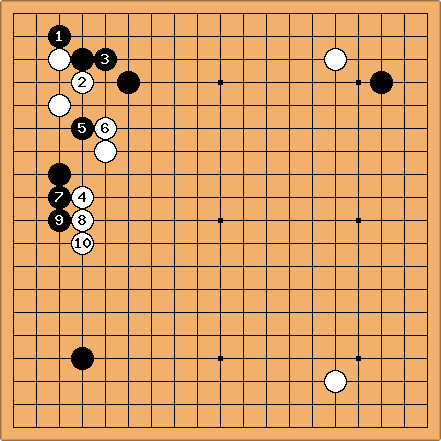 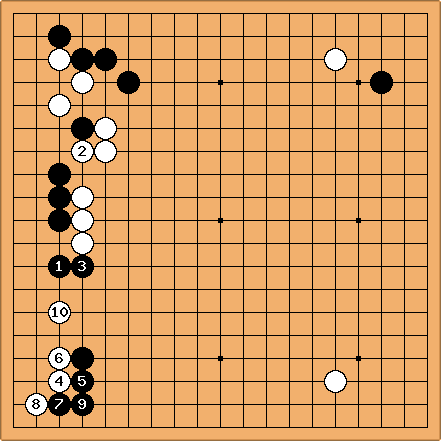 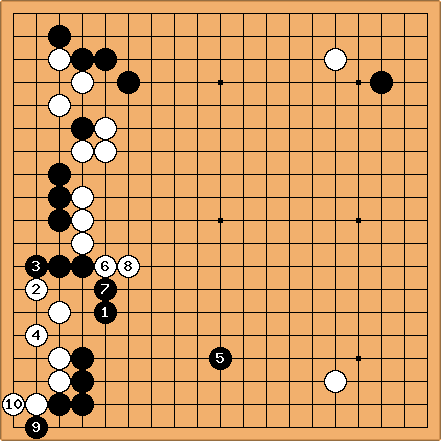 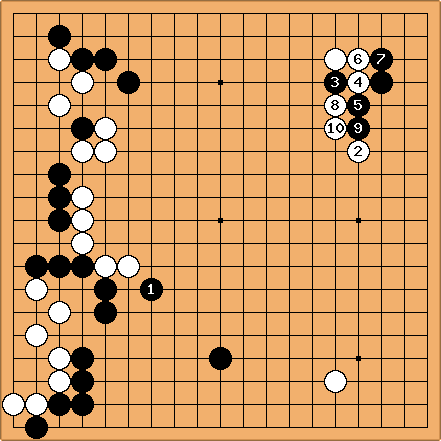 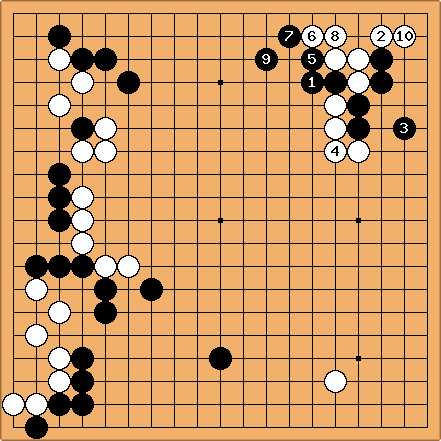 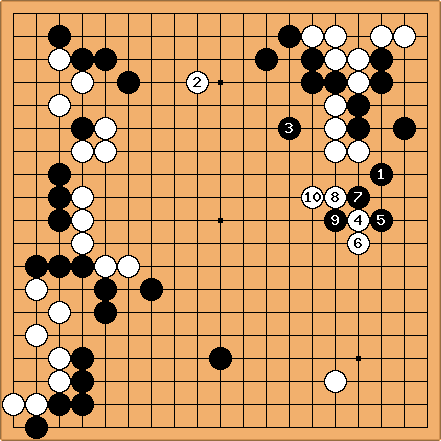 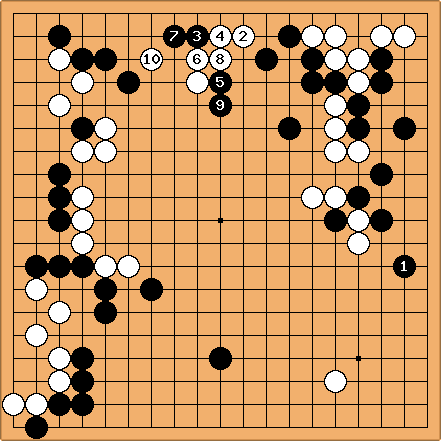 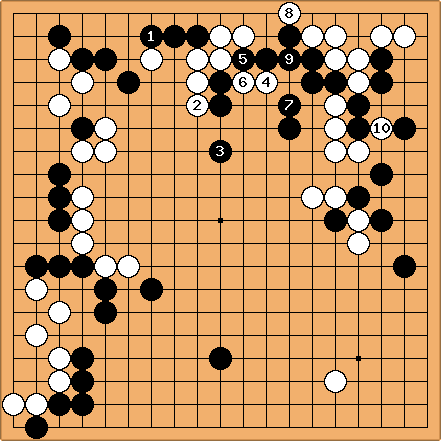 In the end I wasnt sure here where white played first. So I guess I need to take another look at it. But I need some more live and dead excercices first.

I failed so far ... The worst thing that could happen has happened. I do not have the time to play anymore. On the other hand Velirun told me to order a live and dead book, and I did. So thats a good step. But just too bad I havent played a serious normal even game in about 2 or 3 weeks. Its time to do something about this. All I did during the last weeks was a bit of reading in those new books, a bit of life and dead on DashN, reviewed some new games, played my games on the dragongo server, and played about 2 or 3 games on kgs (but not even games). Im starting to pannic. :-) But that is maybe motivating

I did a lot of live and dead excercices from that book I bought. And I can not deny my live and dead is getting stronger. On the other hand I seem to forget other crucial stuff like joseki moves. But I know those will come back automatically when I restart playing a bit more often. I have a good feeling that once I have finished that book I will be 1 dan really soon. This book really is a heavy training that will give me a lot more strength. At the mean time I really have a lot of schoolwork >_< I wish I had some more time.