Blighted Stones Have Little Use 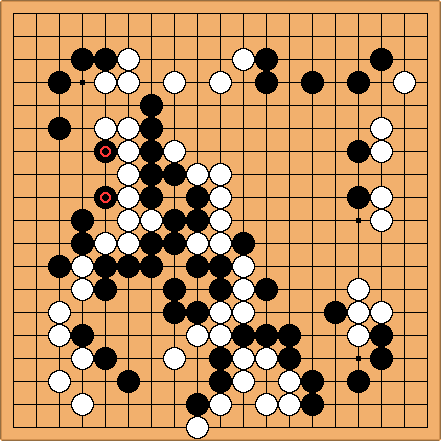 have been blighted. The upper stone more so than the lower.

I was thinking, to find this move, one could Ignore the Blighted Stones 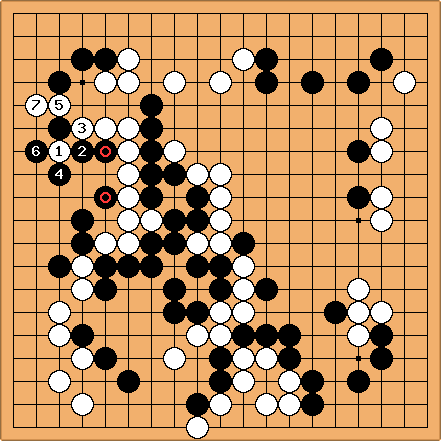 tderz ... which is big.
The corner is endangered.
To be cut through like this feels very bad.

Would there be a watari possible? 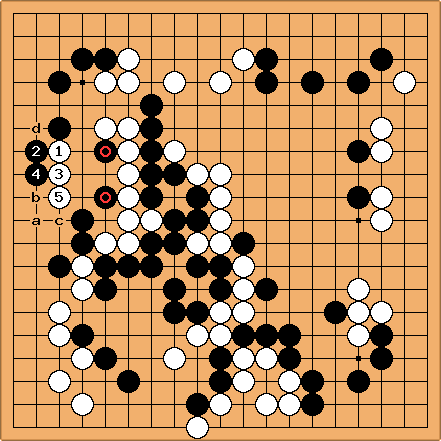 are an often used tactique to give away the useless stones, but 4 stones will be cut off, which is still big.
Black cannot connect all by jumping to a. 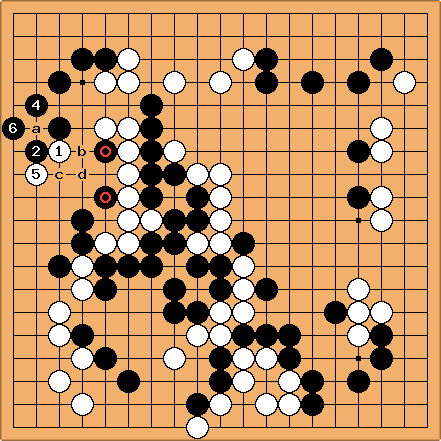 could also test at a, which fails.

cannot connect herself and cut the black stones. 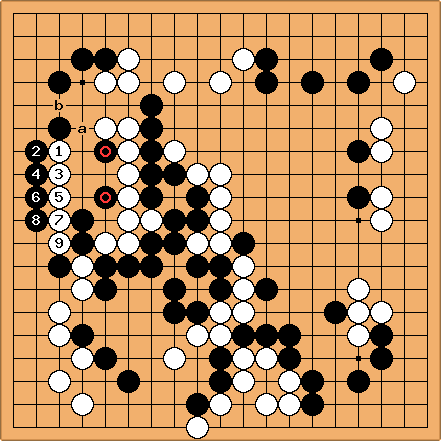 tderz: Black could end in sente (white will have exchanged Wa - Bb),
giving away at least 13 points. This could still be better than compromising the corner (in Gote) above [10]. 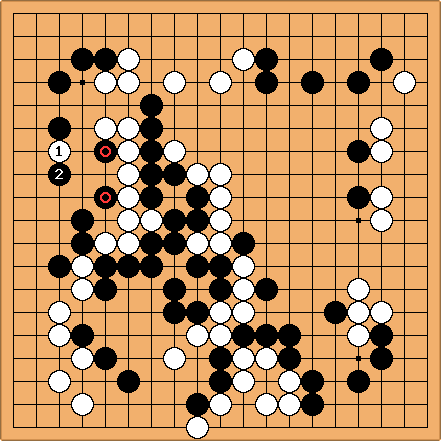 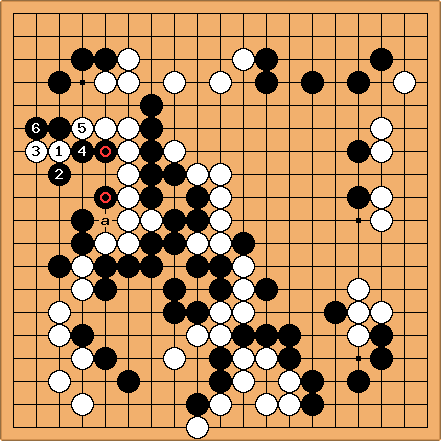 tderz: Because, there is a liberty at a, this does not work for White. 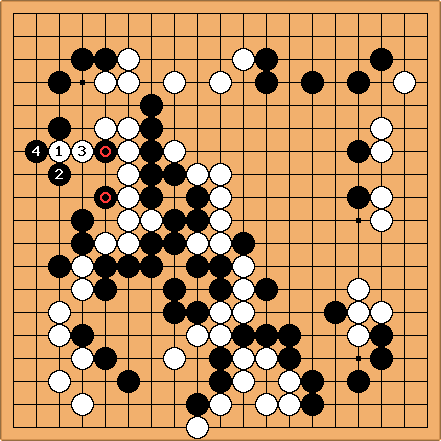 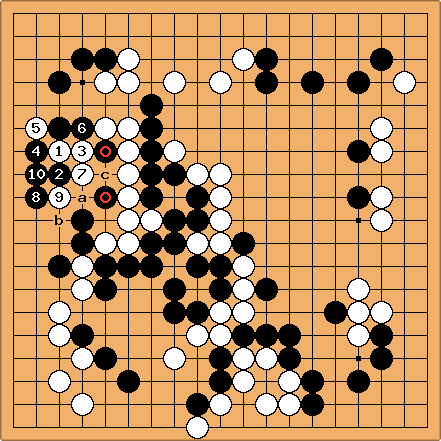 could be answered like this.
White cannot proceed.
a and b are miai, both ending with an atari (c). 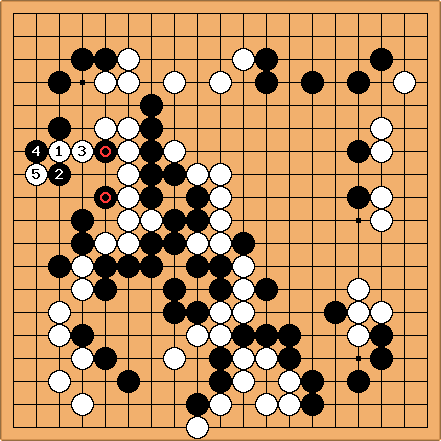 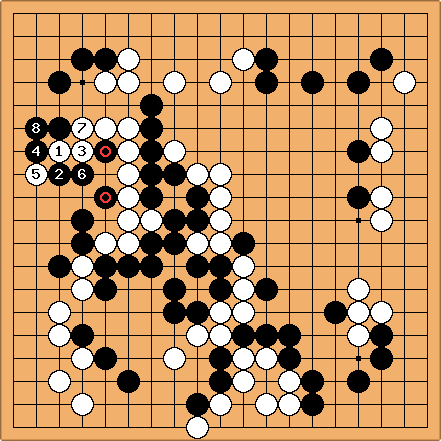 tderz: This is about similar to above.
Black stays connected.

are unimportant, however one could try to save some more endgame points by connecting the rest underneath. 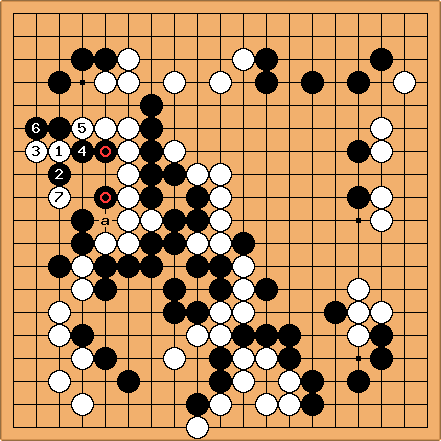 . If Black is careful, nothing special happens. 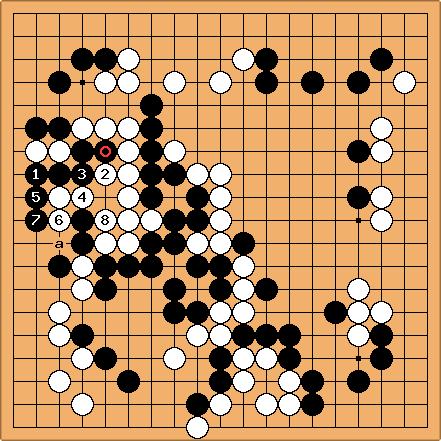 tderz: [20] This is a safe way (but not the best),
Black could wait for giving atari a (it might not be answered if there is something bigger, than ca. 12 points?) 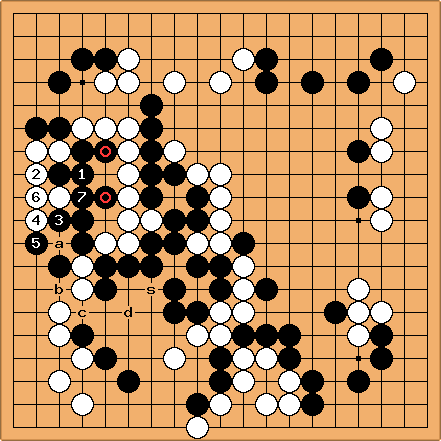 tderz: [30] be careful: a possible exchange black b, white c (for gaining liberties)
endangers the black d group.
Which is a bit exaggerated nonsense, as Black only needs s for living. 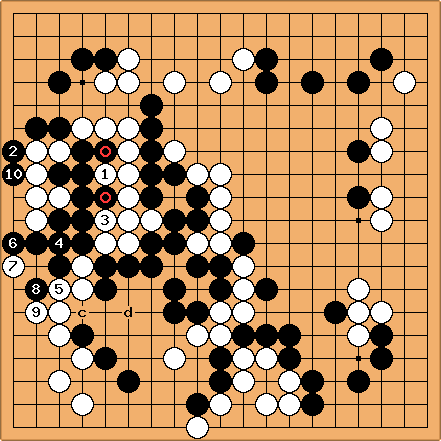 tderz: this costs nerves, but works after all. 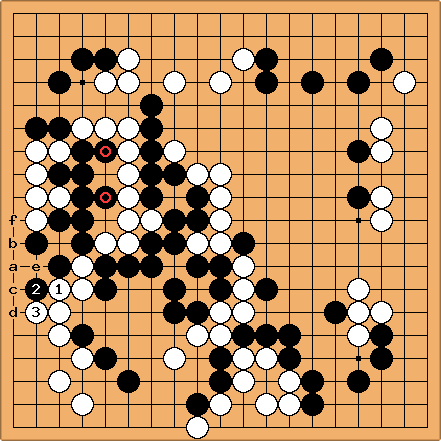 tderz: After the exchange a-b, White has the same problem as above,
fighting liberty e is only approachable after the moves c-d. 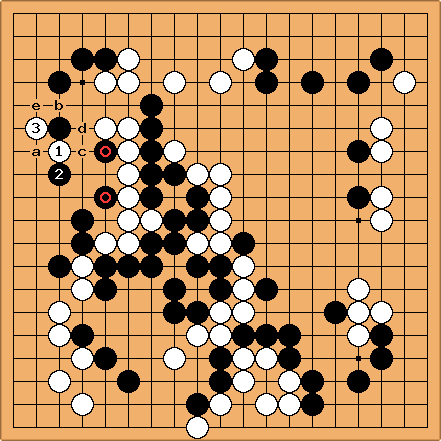 tderz: Seeing all this, White could try resisting again like this, hoping for black a-b-c-d-

-white e.
If Black simply plays e, he should end up in the safe other variations. 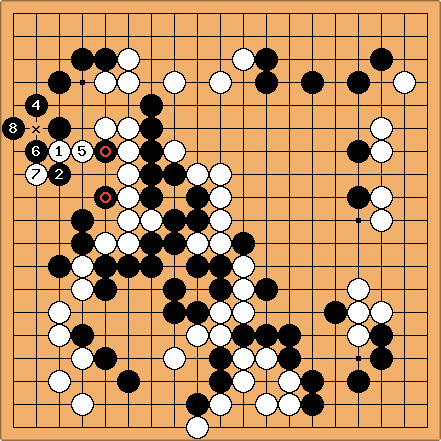 White has a connection problem. 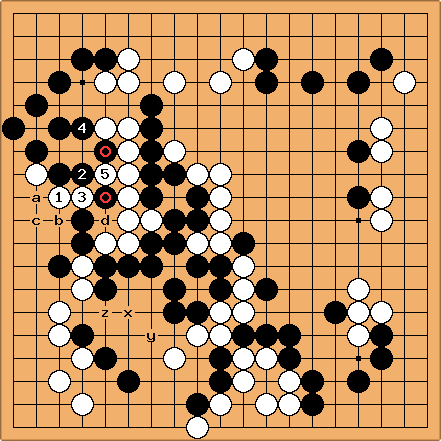 tderz: after black a-b-c one ends up in the variation [20] via transposition and with two more white stones captured.

Locally this feels (to me) as the fairest sequence for both, it depends much on how you can end in sente.

TA?: So the conclusion is that the blighted stones are useful in defending here? Does the title deserve a more fitting example?

Bill: Maybe the example deserves a better title. If the title suggests sacrificing weak stones, then that is good. But it should not suggest not making what use of them you can. (Their best use may lie in throwing them away.) 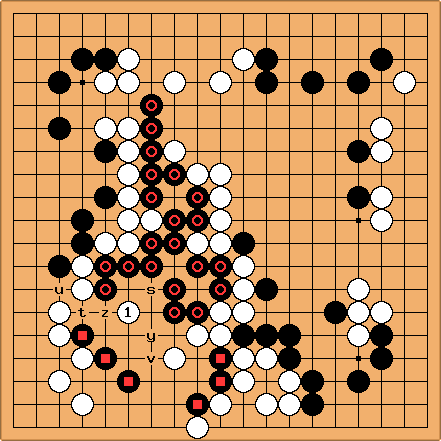 tderz: Even more interesting is of course testing the whole big black

-group with a white move

The idea is to cut off something of the black

stones, when Black eventually has to defend somehow the cutting point s.

's escape route and living by then by v instead of s.
This exchange t for u affects the semeai on the left.

It is not difficult to decide with which one to start.
Losing

as mochikomi is a big loss. Better to start with 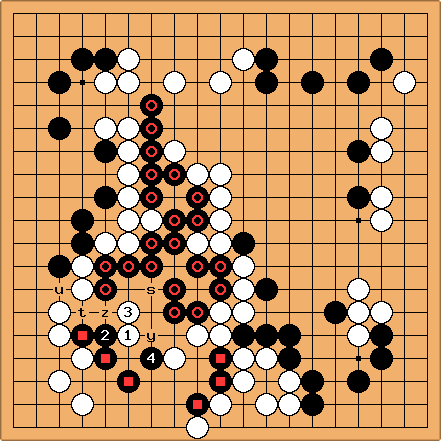 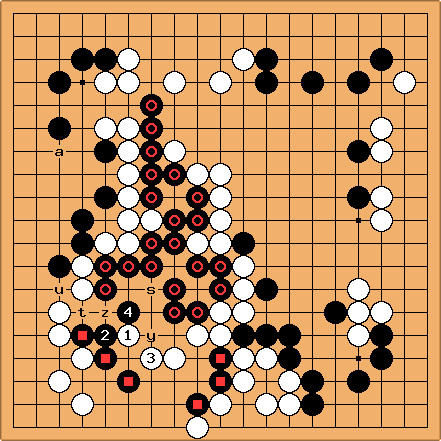 like this is better endgame for White (and white t remains as aji
hence Black cannot give atari u; cf. [30]).

is not necessary right now, hence

could start at a after 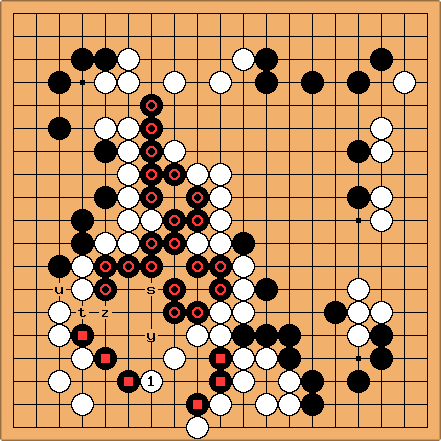 tderz: Perhaps this is the point ... 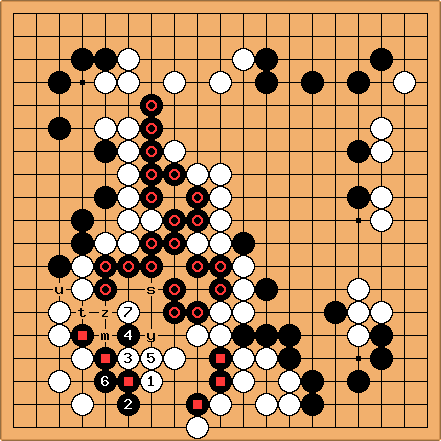 is not possible now, because
Black could play simply m or exchange t for u. 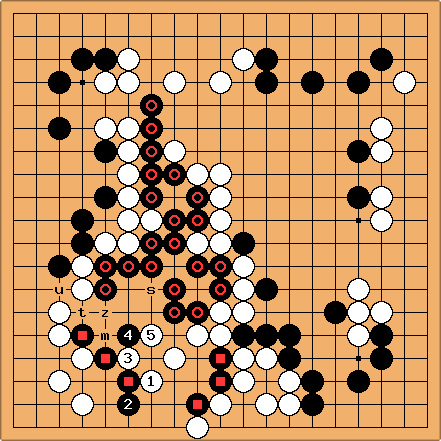 tderz: Having fun with a ko 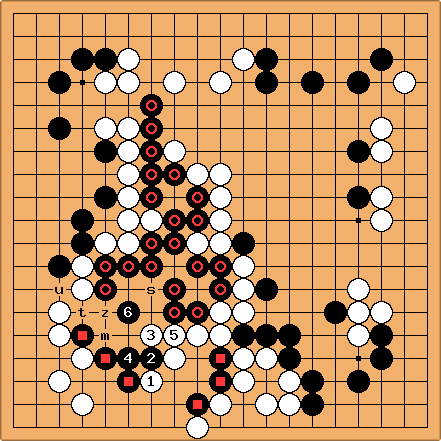