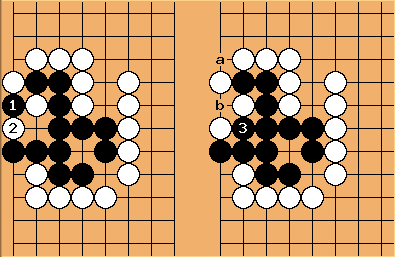 (else Black gets his second eye by playing at

). Then Black captures White's stones in oiotoshi with 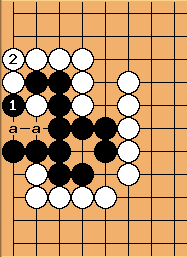 ProtoDeuteric: If white knows about the impending oiotoshi, she would probably connect out so that she loses fewer stones, as well as having more time to play elsewhere on the board that is more important.

at either "a" points is a gote necessity.

in this diagram White has no ko threat. In the first diagram she has one. Since the net score is the same, White should capture

ProtoDeuteric: How would White capture

at either "a" point?

at "a". Bill means that White should capture

in the first diagram.

Bill: I meant, instead of connecting. 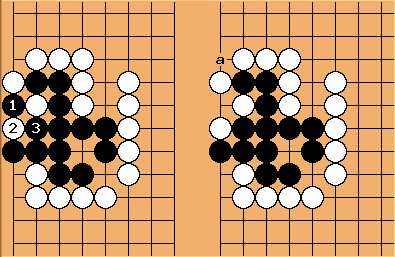 , white has a ko threat at a 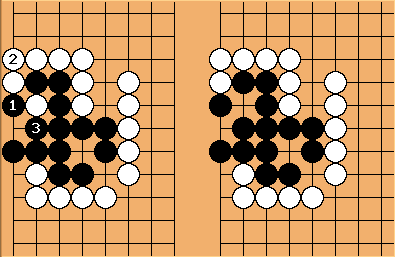 After this sequence, White has nothing more locally.