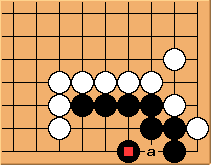 Blake: After the marked stone has been played, I don't see how White can kill the group. It guarantees an eye at a. 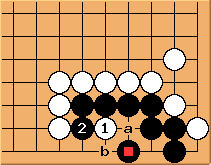 After a or b, White is either in atari or close to it. 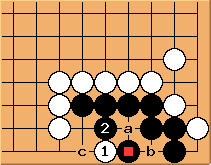 , the eyes are obvious at a and b.

can be played at c too. 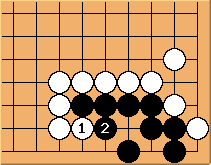 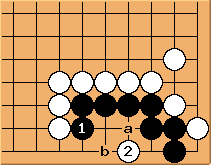 Dansc: Enlarging the eyespace with

fails. Black's eyespace is a bulky five, so

kills the black group - a and b are miai for kill now. The bulky five shape is the same reason a black stone at

would make the group alive.