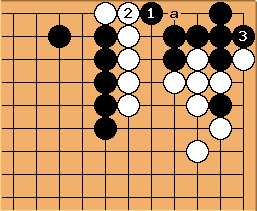 The peep must be answered or Black escapes to the strong reinforcements just outside White's walls. After 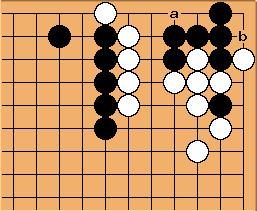 Playing either a or b will leave White playing the other point - one eye only. 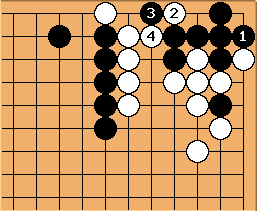 takes away Black's potential eye and prevents the thrust - suicide either is forbidden or includes self-capture. Black dies here. 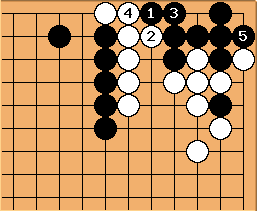 In case the peep is answered differently, the move order changes... eventually White will play at 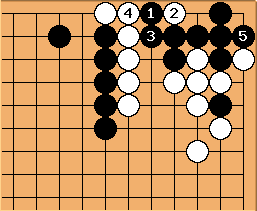 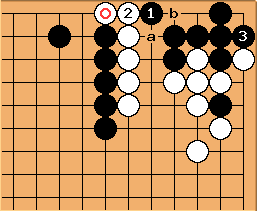 is the vital point. White has to play at

to prevent the capture of the marked White stone(s). From there, Black secures the second eye by playing at

. White has the choice of either 'a' or 'b' for the fifth play, but should choose 'a' otherwise White will lose a point of territory. If White tried to close off the potential eye at

by playing there after

, Black can simply play where

is, White can't protect itself from this and will be captured; if White chooses this route then it will lose 3 more points of territory and 2/3 prisoners depending how White chooses to play. 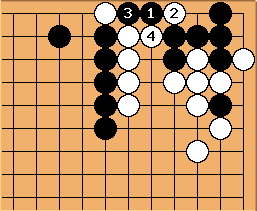 What about this situation? If white answers at

he still can prevent black from creating two eyes. 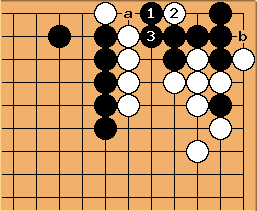