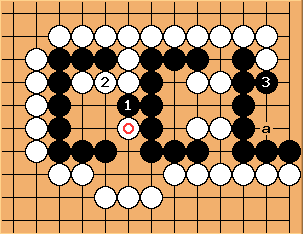 captures the marked stone, which makes the first eye and threatens to make two eyes on the left side. After

makes a second eye around a. 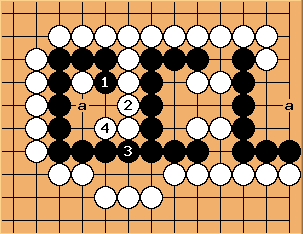 threatens to cut off the left side from the rest, so

, black can make only make one eye. White will destroy the other by playing at one of the a points. 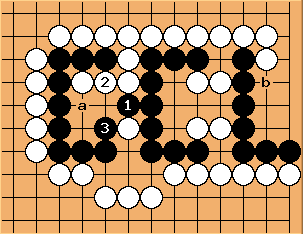 also works, making a and b miai. 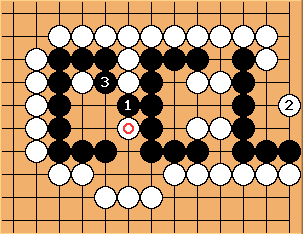 When White destroys the eye on the right,

secures enough room for two eyes. There is no killing shape and more than enough liberties.