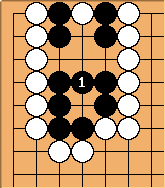 is the proper solution. 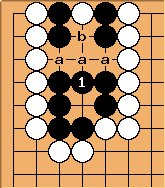 If white plays at any of the three points marked a, black captures at b, making the second eye, and the remaining two a points are miai to connect the eyes.

Comment: If white plays at the middle a, black could also play on one of the side a, making b and the remaining a miai. White has then the same amount of threats, but black has the chance to gain two additional points later if white tenukis. 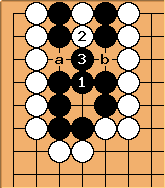 instead, black must capture with

. Black then captures the throw-in at

and a and b are miai. 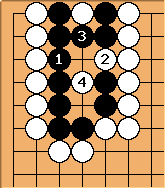 there is no way for black to make a second eye. 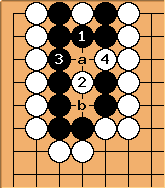 takes away the second eye. Playing

at a does not help; black can capture

but still does not get a second eye. Playing

at b does not help either since white has enough time to escape. 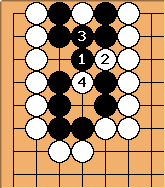 does not work either: after the exchange of