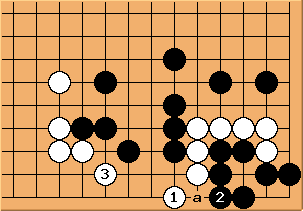 Alex Weldon: If ko threats favor Black, I don't see any perfect moves for White, because a doesn't seem to work. The best I can come up with is this.

threatens a ko for the corner at

, so Black connects there, and

connects the White group to safety outside, because

have a monkey jump relationship, and so can't be cut apart.

I don't see any way to connect out if White plays

at a, but maybe I'm wrong? The problem with

here is that if Black has better ko threats, he can play

to prevent connection, and then 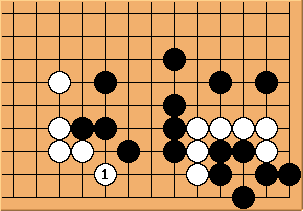 Dieter: How about One-two-three here (I know that is not a beginner's concept). 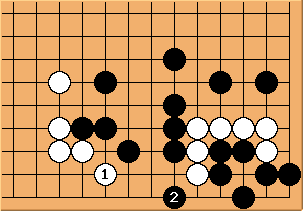 Brent: I think I understand the concept of one-two-three. (maybe.) But what if Black responds to

by taking the vital point of

? To my eyes, at least, it looks like this simultaneously prevents a ko for the corner and cuts off the white stones. Am I missing something? 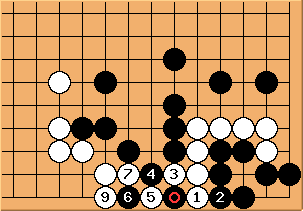 Bill: If Black resists with

and Black cannot then connect at

Brent: Ohh, I see. For some reason it had not occurred to me to play

) before pushing out with 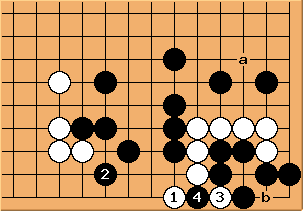 what if black dont respond the ko? (5 i dont know where to play)

Bill: Wb is a local threat. 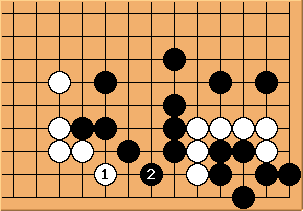 Roger: How can white prevent black from splitting the two groups after 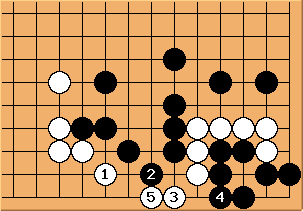 threatens to kill the black corner with a ko.

makes the corner live, and