The following position is from a game I (Uberdude) played on OGS against another low-dan. The full game with the players' comments is

here. I played following my basic instinct, but it was a big mistake. 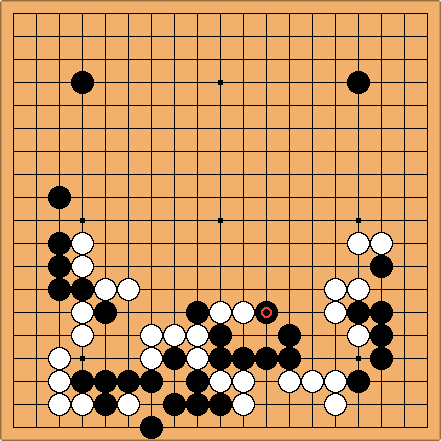 I played hane and black pushed out with the sequence below. Although black is pushing from behind he escapes. Notice black already has the stone marked with a square to defend the potential cut. 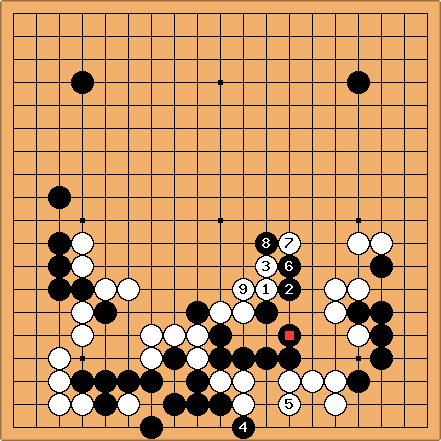 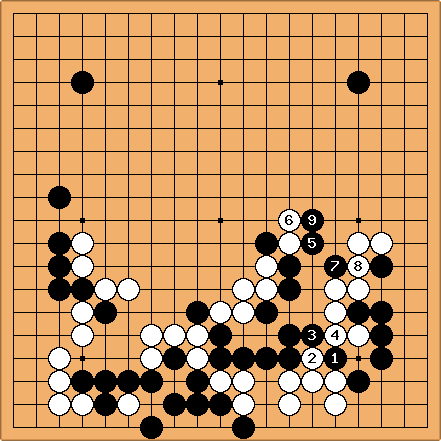 Black has now escaped, and also has chances to counter attack white's group to the right. It would be much better to have not played hane, but take a step back and enclose with the one point jump as below. 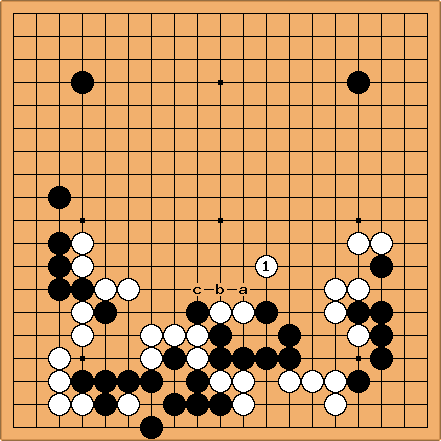 Once put on the board this moves looks so much better; following the proverb, "attack from a distance". White is thick to the right and although black has lots of aji to work with I think he will struggle to live. Even if he does live white will get nice outside thickness, so better than the game.

Tapir: My basic instinct would tell me to reduce aji with c first. The Black group is still very weak even after one jump outwards.