emeraldemon: This is a game I played on KGS. I'm not really sure how black should play here. 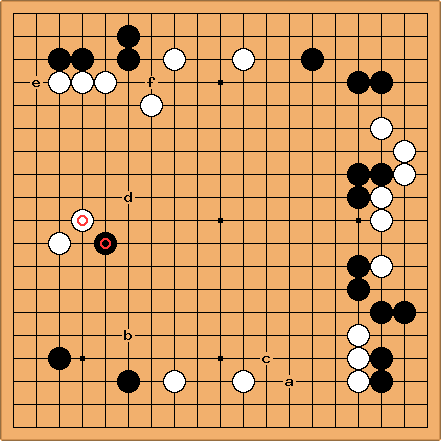 I thought I should split white group on the bottom, as it seemed the clearest option for attack. I wonder now if that was a mistake.

at 'a' is bad. So what is better? I was thinking maybe 'b', but perhaps that's too slow?

tapir: I have no obvious best move, c reduces the same area and usually black will be strong outside, d is another reducing move (but imagine the marked black stone where the white marked is - which was obviously the answer to it), e etc. is big and probably sente, f is a cut, which is still possible though maybe not very efficient right now. The white group on the right edge is not yet alive and all plans should consider that (with the cut at f) you may set up a double attack later. 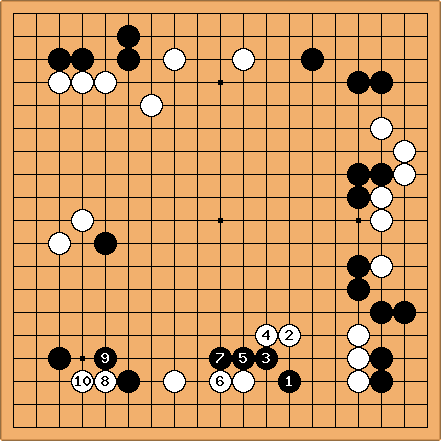 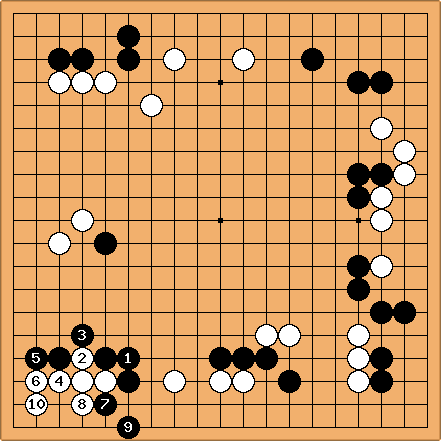 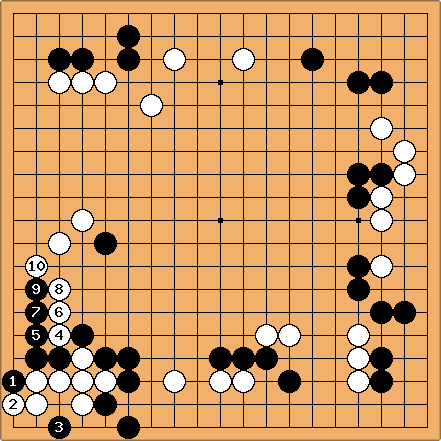 Black captures the 3 white stones on the bottom, but loses the corner. The final result was W+25.5 . It seems like I was too greedy in trying to kill the white group in the corner, but if I had settled for a wall, it would directly face white's stones on the left, so that seems useless. This makes me think I should have played a defensive move like F5 instead of the attack at N3. 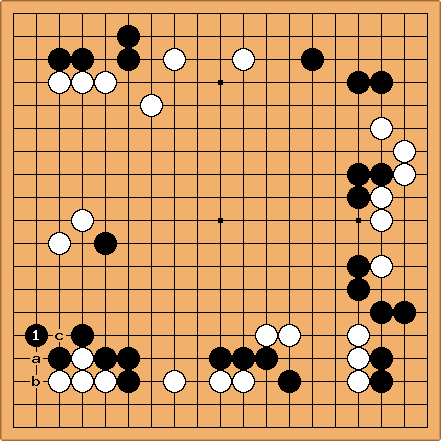 It is unreasonable to expect to kill the White group in the corner. The correct shape is to defend at

. In the game, you played at a, inducing White b, leaving behind the cut at c which works in this case.

, White needs to take care of two running groups, so the game should be good for Black if Black can capitalize on this situation. 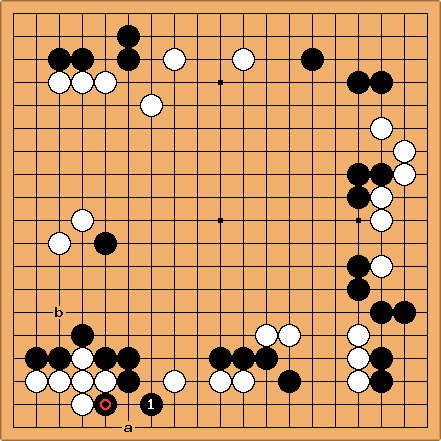 Locally, the correct shape for defending the

here, putting a lot of pressure on the three White stones at the bottom. Not a because it leaves behind the peep at

Actually, I would be playing at b instead, inducing White to capture the