The marked move was questioned by sensei fabi. But a quick research showed that this move is in fact played in pro games sometimes, although it was not very successfull most of the times. ;-) 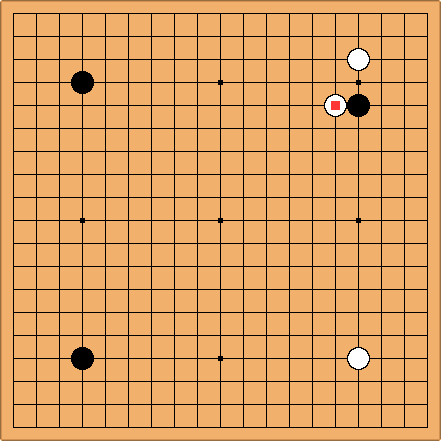 Ralph started with his favorite joseki in the upper left, but abondoned it on move 11 to deny white a sanrensei. 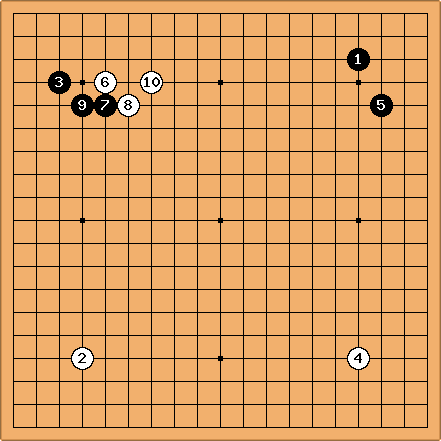 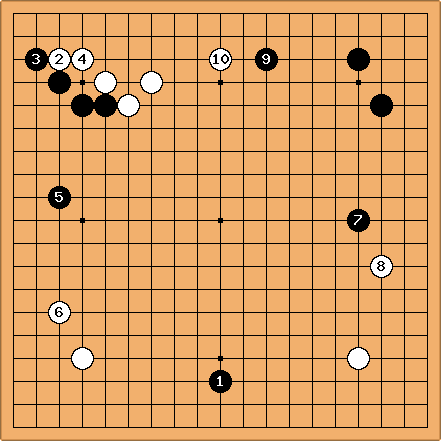 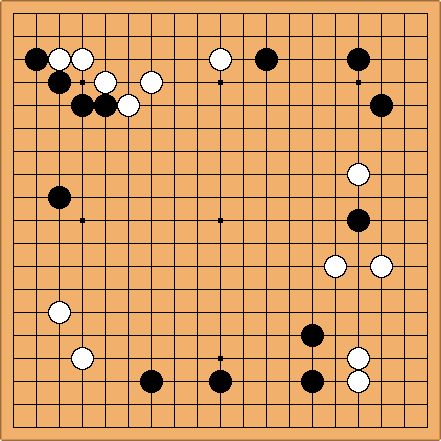 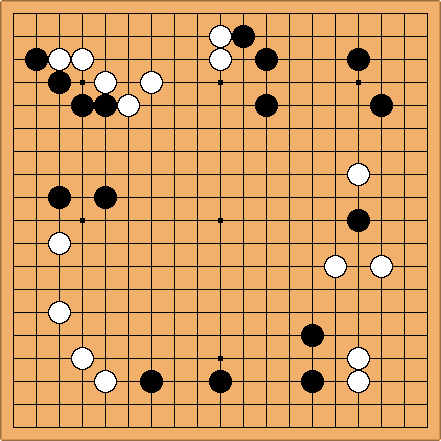 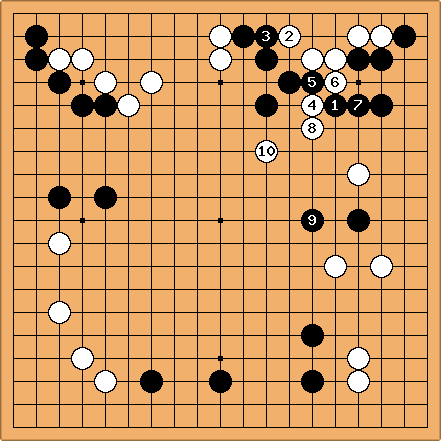 Move 5 in the diagram was a big mistake. Black should have won the semeai 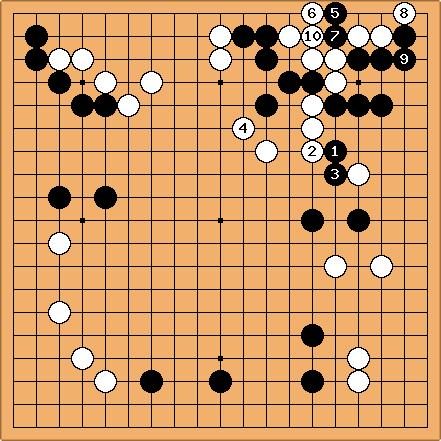 (not so) skillfull reduction of the white moyo ... 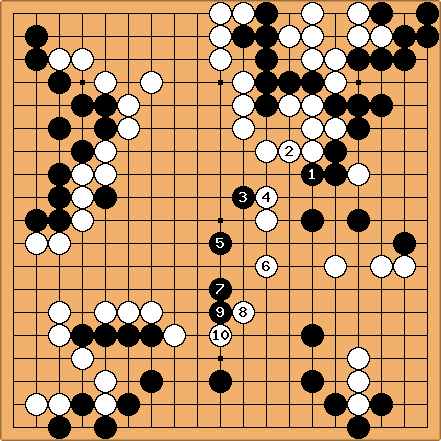 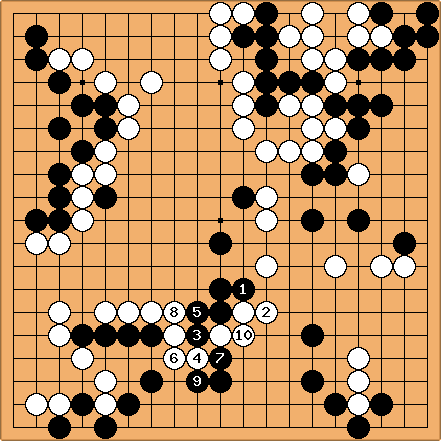 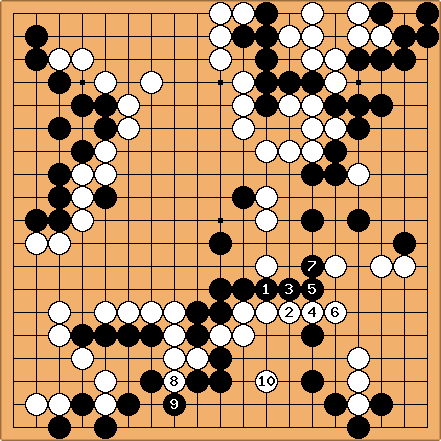 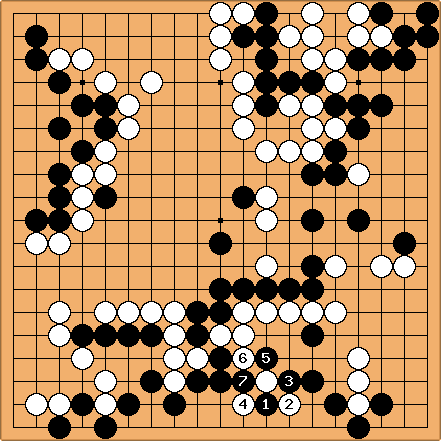 Move 7 should have been an approach in the lower left corner. 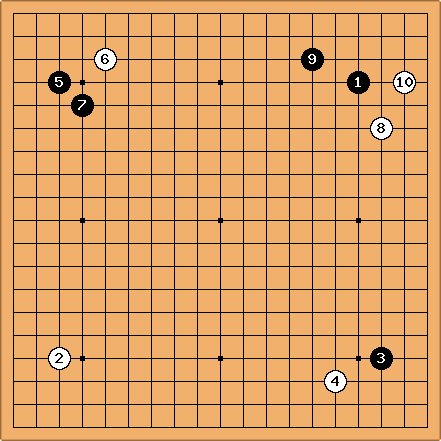 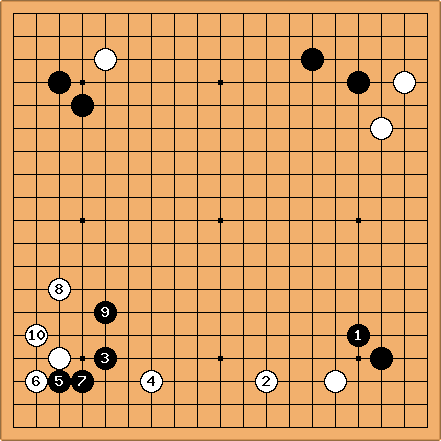 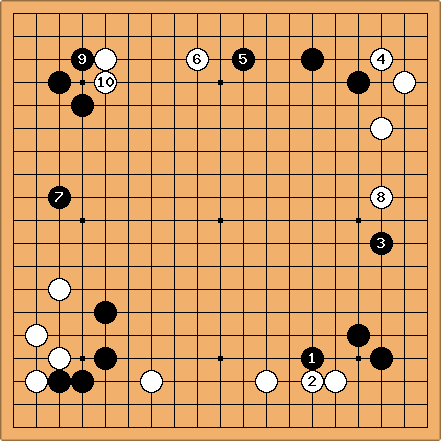 Move 1 is a good invasion point and 2 is the wrong answer. White 3 would have been better. Game is now favourable for black. 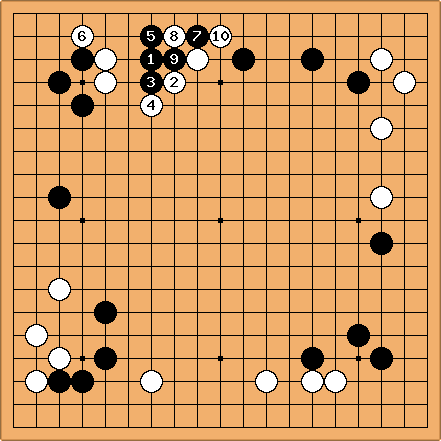 The combination a,b,c would have been a game. But see the different actual continuation. 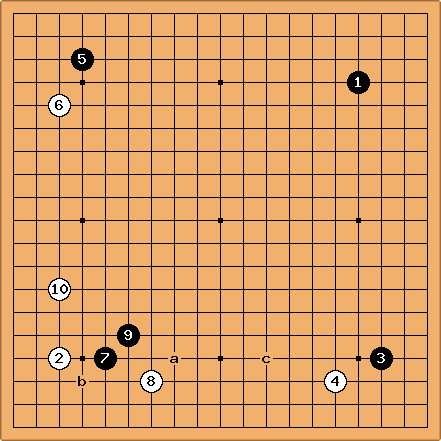 Move 5 at a or b would have been interesting. 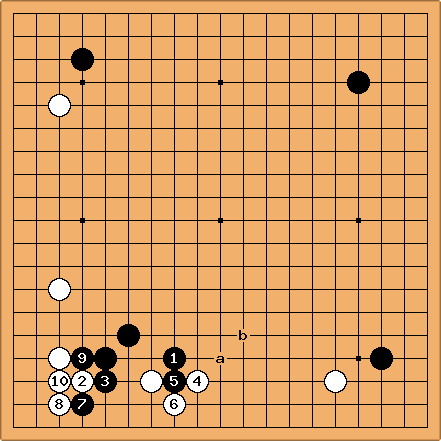 Now black pushes from behind. No! No! No! 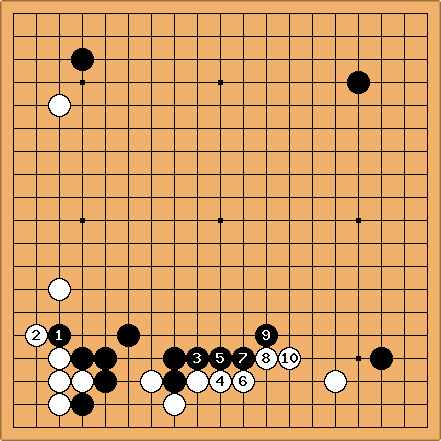 Number 9 is a risky pincer and leads to a tough fight. 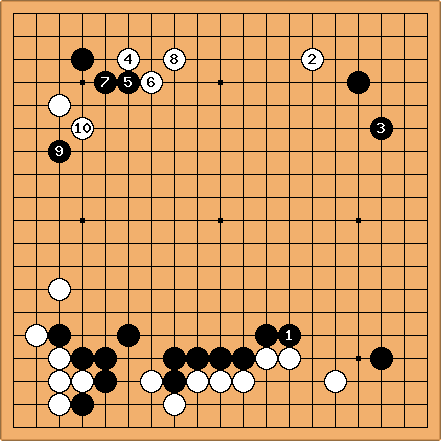 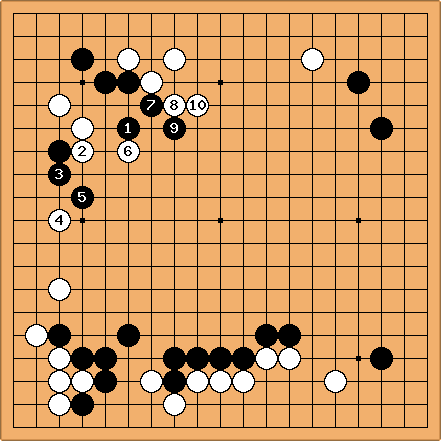 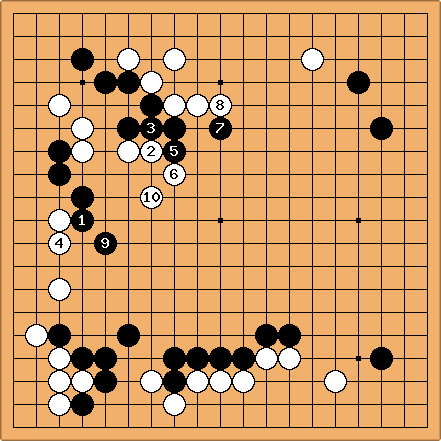 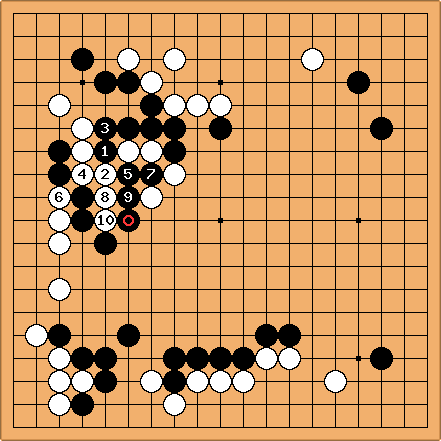 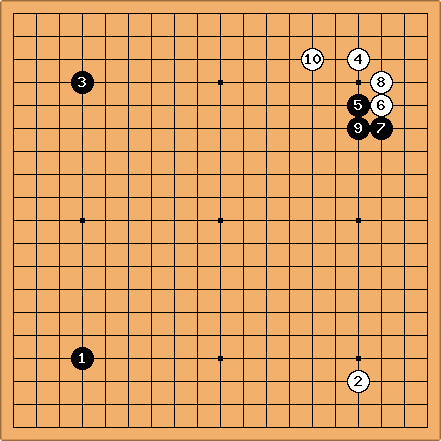 Now a questionable move 2 on the left side. A shimari in the lower right would have been the way to go.

The attachment 6 should have been under the black stone. 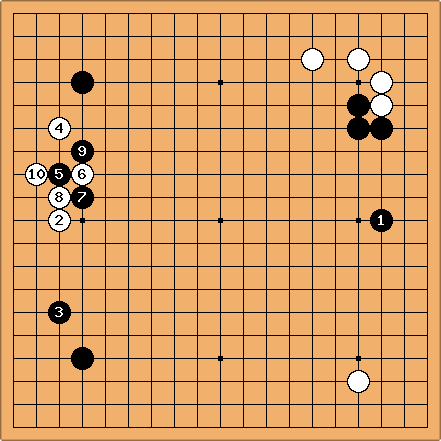 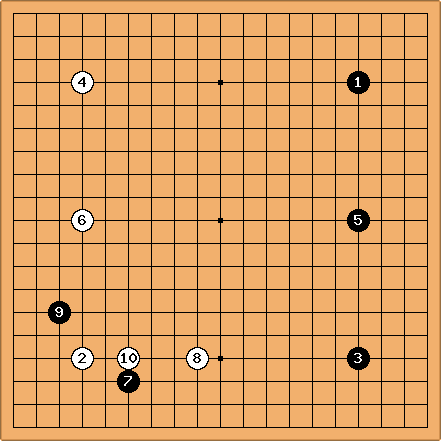 The lower left is much more important than the upper right 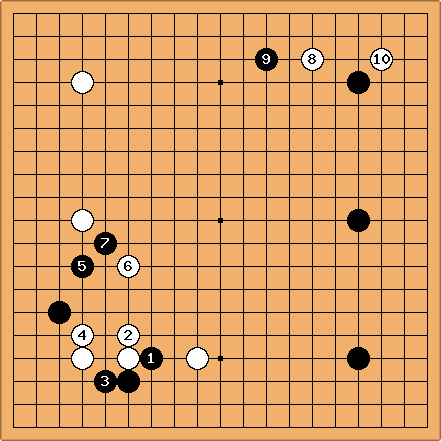 A Joseki mistake but Black didn't punish it 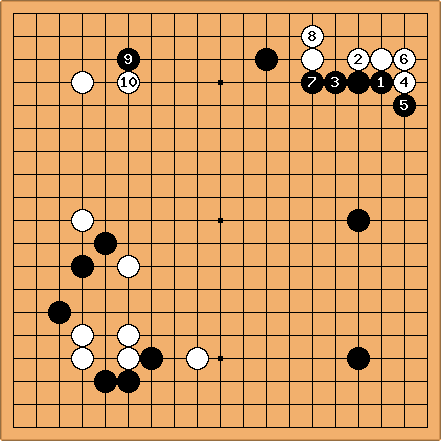 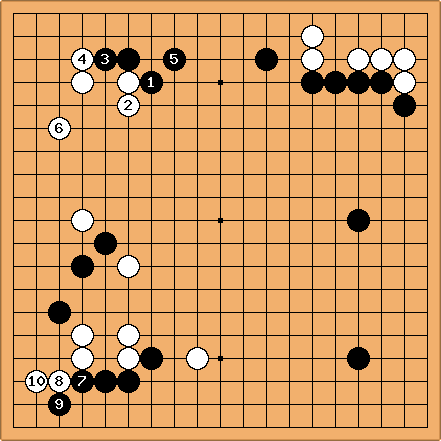