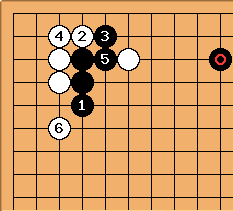 This is joseki. Black keeps white low, and

Timm(10k): Is it conceivable for black to cap the approach stone immediately ?

tapir: Yes, but it is a completely different thing then... see 44PointLowApproachCap 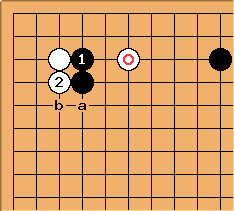 tderz: Black a is now the needed move.
Either due to Black's confusion with a standard san-san-invasion without surrounding stones, OR due to greed, wanting to press White lower, Black sometimes plays inferior b.

However, due to the presence of

, Black should not play b as in the plain 44Point33InvasionJoseki, otherwise ...

Black should not play 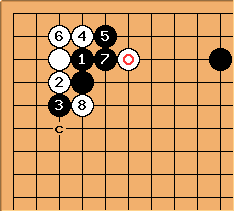 because of the presence of

becomes severe.
White can also clamp at c with 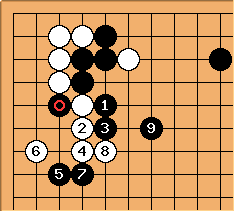 tderz: Also the strategy is bad & wary - if Black wanted to be consistent after his initial mistake

, he could push further on with

is the so-called squeezing out the toothpaste-tactic
(pushing the opponent from behind - very inefficient for oneself). 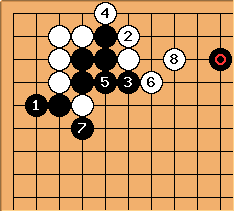 And this is no good either.

is wasted. And what if the ladder is good for white? 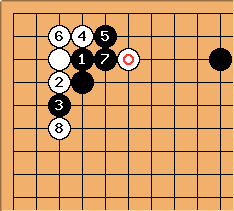 tderz: this clamp is the 2nd option for White to punish Black's overplay. 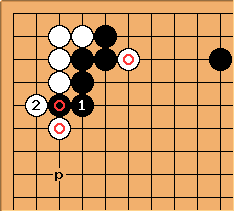 ,
which is bad due to loss of 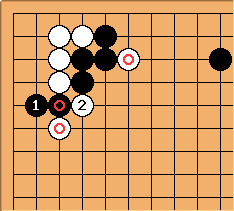 are miai - for White!
This means that White is safe in either variation,
but Black is worse off in what derives from here now: 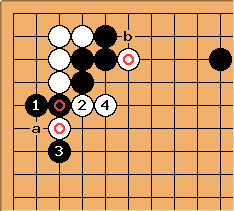 is a tesuji - but to no avail, as the simple good move

makes miai, again, of the captures at a and b. 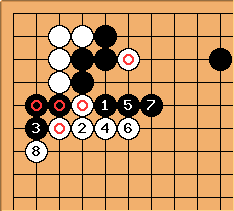 tderz: If the tesuji above did not help, vulgar ataris do not do either.
After

the black stones are captured.

Black should not play 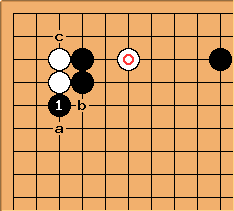 tderz: Right at the start of Black's overplay, White can also consider to lure greedy Black into a trick variation - by playing c herself first. 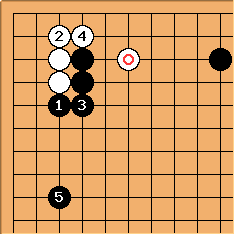 tderz: This would be a safe continuation for both - it even occurred at least once in professional play. 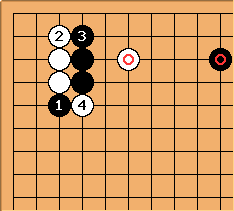 ,
such a continuation with the block 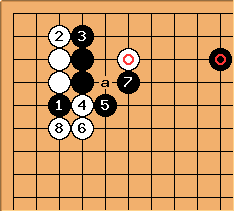 tderz: After the vulgar atari

,
White is much better of than in any standard variant. 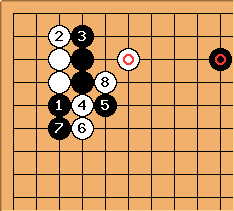 here, having a ladder in mind.
Immidiate

breaks a ladder and captures the three blocking stones. 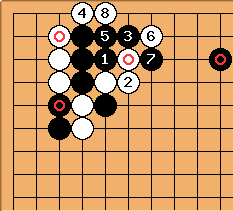 tderz: Black has no escape 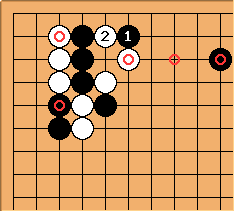 captures Black even if