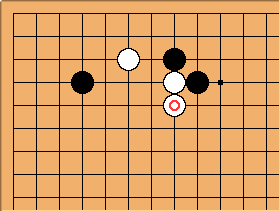 Many new joseki have been created recently after 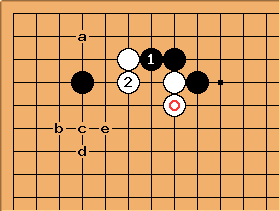 , which is certainly a key point for shape, there are numerous ideas for Black to develop the 4-4 point. Black can play a, which is currently popular, b, c, d or the remarkable idea at e. 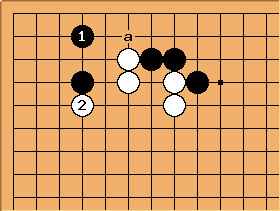 At present in pro games Black often takes the corner with

is the way for White to make shape; perhaps White plays at a before playing there, to separate Black cleanly along the edge and threaten to cut on the right.

The earliest idea here was Black at c. 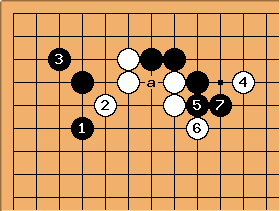 is to threaten the cut at a, so

is an interesting shape. With

, we are in the middle of some complicated fighting. 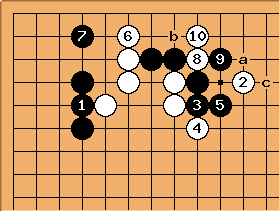 The simple defense at 1 was previously considered joseki, leading to this variation (now Black 11 at a, White 12 at b, Black 13 at c).

The fact that he ends in gote may be considered an indication that this is not as good for Black as the previous diagram. 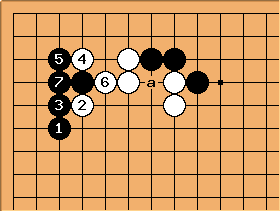 here is an interesting move. White has more difficulty in defending against the cut at a. She can force with the moves to

in this diagram, but that does mean that Black has been made strong on the left side. 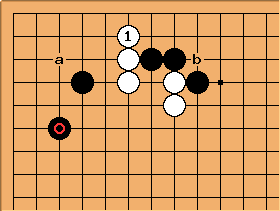 In other pro games

here has been played, making miai at a and b.

Views on this joseki were changed for a while when Black started playing the immediate solid connection. 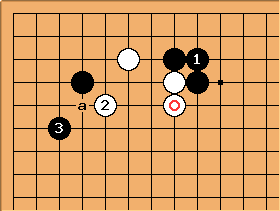 For Black to play

here may seem rather heavy, but it immediately removes all White's tactics based on cutting at this point. Now

is the way to make shape. Then Black will play

or a to take territory on the left, depending on any existing black stones there (there is often a black stone at the 4-10 point on the side when Black plays the pincer). White should try to get something in compensation by attacking on the upper side.