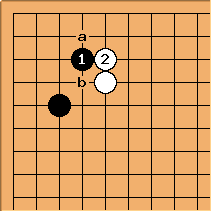 White will almost always answer at

locally was tried as one of the shinfuseki experiments, but it is not seen in contemporary pro games). Now there are variations according to whether Black next plays a or b. 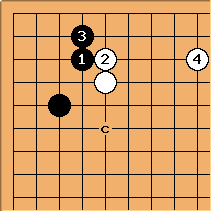 is joseki but c and tenuki are also typical plans.

White often plays the high approach as part of some strategy based on taking sente after dealing quickly with this part of the board. 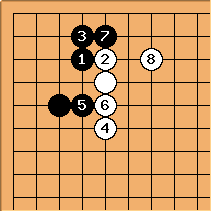 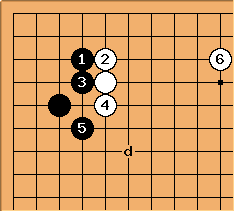 nobi is played, concentrating on sound shape rather than territory. Then

leave White ready to extend in the direction of

. This extension by white agrees with the usual rule (extension from a wall), but there is an important focal point left at d. 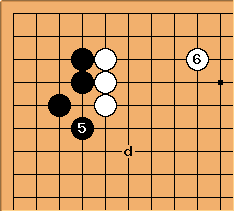 can be played one line closer. According to Goama issue 114, this is the most common extension.