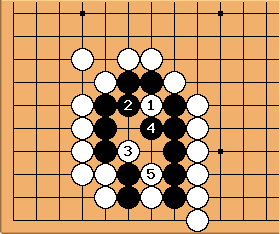 , it should be clear who is alive and who is dead. Also notable is the fact that there are other options for

, but those are also answerable. White still kills.

char: what if black plays 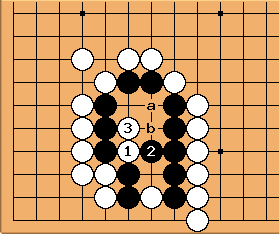 proto: I think this is also possible.

char: what if black plays 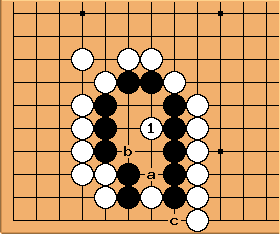 ProtoDeuteric: I think I finally found the solution after reviewing the corrections that char showed me. It is actually much simpler than I thought.

threatens "b" next, while occupying the vital point of the perceived bulky five. If white doesn't protect around "b", white can capture the three stones on the left. However, if black does protect around "b", white could either destroy the bottom eye with "c" or further threaten, making him have to respond, at some point, at point "b". Once white plays "b" however he gets there, white plays "c" to take out the other eye. 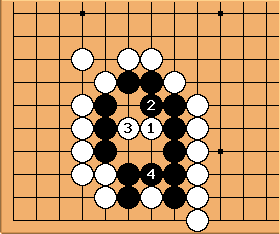 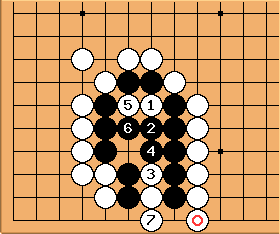 unkx80: This is my attempt. Surely the

stone has a purpose...

ProtoDeuteric: I like your attempt. It matches the idea of my first attempt at the top, and it answers char's question. I tried several variations from your (and my, attempt one) first move, focusing on variations after

(char's question), and I couldn't come up with a result in which black doesn't die when white plays reasonable moves. The key is

. I was right the first time!