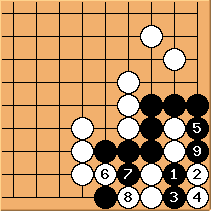 , playing a throw-in at

is a standard move with this sort of shape. But note that here, in the solution,

is not a throw-in. Not playing the throw-in has been described as a sort of a tesuji, see the SL page don't throw in tesuji, it shows why the throw-in doesn't work in this case. 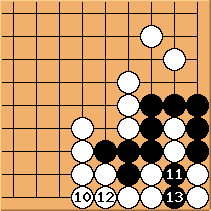 Black is now able to live due to White's shortage of liberties. 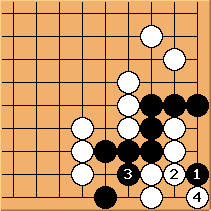 White gets ko this way.